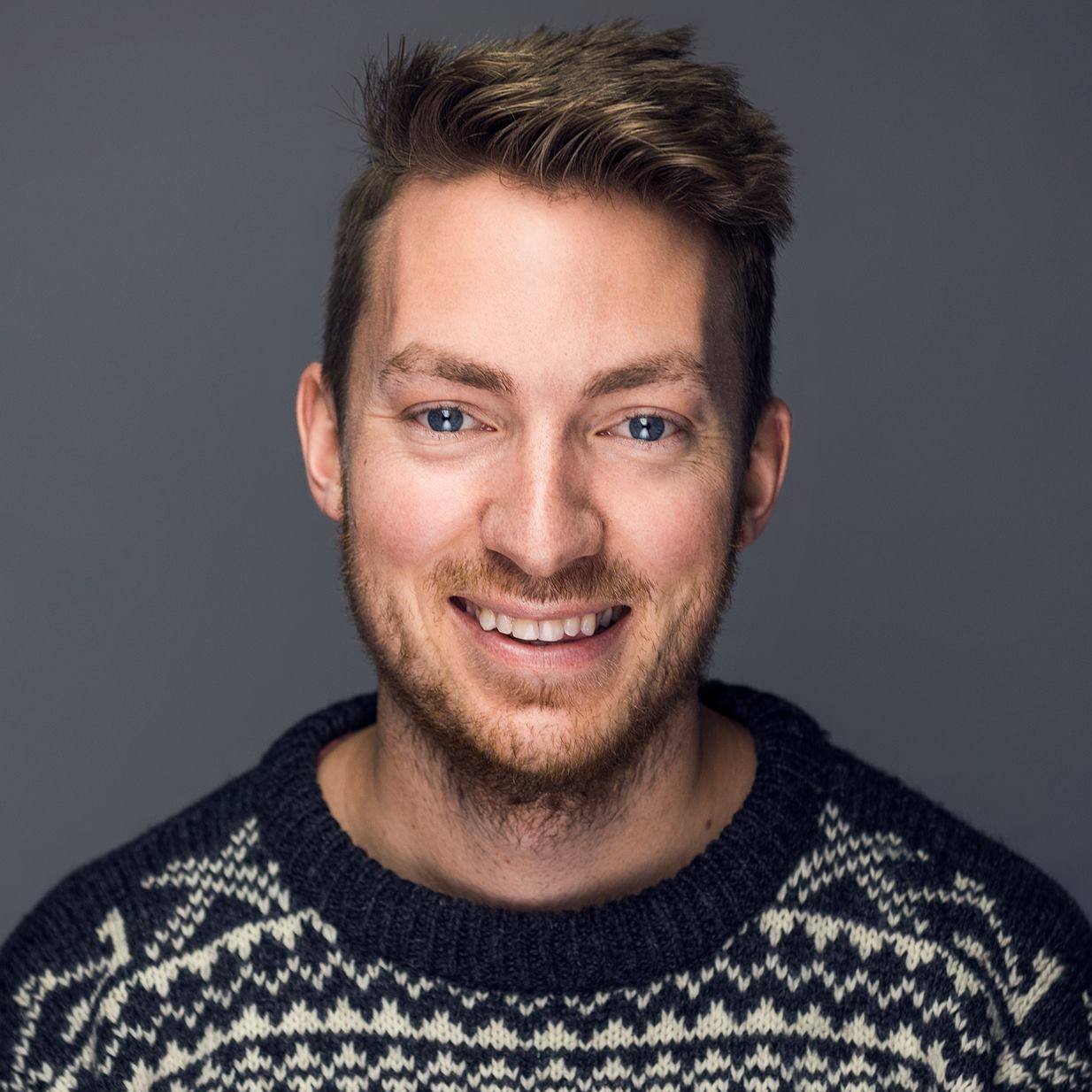 There is a current debate on the Zimbabwe Tourism Authority’s decision to appoint Busy Signal as our country’s tourism ambassador. The popular sentiment is that Busy Signal has no attachment to Zimbabwe which goes beyond the monies and stage appearances he makes when he comes to perform in Zimbabwe. I was also caught up in the debate and I decided to take time to scan through Youtube if there are any of our artists besides the usual mbira inspired musicians who have foreign following.

Against my intelligence I decided to find out if sungura has any foreign following.  Sungura music is one of the signature sounds from Zimbabwe. The music has found resonance with Zimbabweans across the social strata. Many musicians have made names and fortune through this musical genre. Of course there are different styles, top among the styles include the sounds introduced by greats such Leonard Dembo, Pengaudzoke, Simon Chimbetu, Nicholas Zakaria and his protégé Alick Macheso. It had however, never occurred to me that sungura music can attract the attention of white people as far afield as Norway.

I came a channel showing videos of a young white man giving tutorials on sungura and playing Macheso’s music with so much finesse that you would think he is one of the many Orchestra Mberikwazvo deserters. I had to shelve my mission to find out more on who else can be our tourism ambassador because the white men, who I later found out is named Eirik was too muc of a sungura genius to be ignored. I had to know more about this musical genius and below are extracts from an interview I had with the Eirik.

Reporter, Tinashe Mutero (TM) contacted Eirik Walmsness (EW) for an interview and below are excepts:

TM: Who is Eirik? (May you please tell us more about your yourself i.e your full name, age, where and when were you born).

Eirik Walmsness (EW): I was born Eirik Hoff Walmsness in Trondheim, Norway and I am 30 years old

TM: Do you have any formal music training and when did you start playing the guitar?

EW: I started classical violin lessons at the age of six. However, I wanted to bash the drum kit after seeing the school band and started drum lessons at eight. In my teens I also picked up the guitar and jammed along to American pop/rock songs, mostly learning by ear, but never really saw myself as a guitarist. I did not take any guitar lessons. During high school I started playing rock and later jazz, with drums as main instrument, and did a year of jazz studies in Sweden. That is when I started gigging and did my first tour. For a while I was serious about becoming a jazz musician, but instead I started a degree in musicology at university where I eventually opened up my ears to music beyond the Western world, through courses in Ethnomusicology and world music. I particularly caught an interest in African music. I remember Oliver Mtukudzi did a show in Norway around this time, in fact in my hometown, and it was my first time ever to experience a Zimbabwean artist.

Later on I had a chance go on a study trip to The Gambia and do sabar drumming, which was kind of the turning point, and in the following years I would visit and live in many African countries.

In 2009 I went on tour in Ethiopia with Trondheim World Music Ensemble. We collaborated with Ethiopian musicians, recording and performing.

In 2010 I moved to Namibia as part of an exchange project and worked at a music school. I think this was the first time I was exposed to sungura – though I didn’t realize it at the time.  I took a taxi in Windhoek, and I believe the driver was Zimbabwean, playing cassettes from his home country. I just remember being so fascinated by the sound of the music, especially the hihat and guitar work. I really enjoyed it without having a clue what I was at the time, but did not investigate it further.

In 2012 I moved to Malawi to work as a trainee at the Norwegian Embassy for six months. On my spare time I tried to explore the local music scene. I found that much of the local music had these hihat-patterns that I had heard before in in Namibia. The guitars reminded me too. I came to learn about influences from both Congo and Zimbabwe.

When moving to Malawi I couldn’t bring a drum kit, so I got myself a second hand bass guitar. I started practicing along to soukous (Kanda Bongo man) and various South African music. I didn’t know any Zimbabwean artists yet, except for Mtukudzi, and had a hard time finding it on the internet because I didn’t know what to search for.

After Malawi I began my Master’s degree at School of Oriental and African studies (SOAS) in London. I signed up for a course on African popular music, and this is where I finally learned that the music I had been curious about for so long was in fact called Sungura.

TM: How did you find out about Alick Macheso?

I first became aware of Alick Macheso during class at SOAS, when my lecturer played examples from Zim. Sungura was just briefly covered in my course (chimurenga was given more attention) but I was finally given names of artists and some background. From there I started listening to Khiama boys, John Chibadura, Nicholas Zakharia and the trail led me to Macheso’s albums. I used Spotify and YouTube to discover and explore.

TM: What drove you to cover Macheso’s music?

EM: Curious to understand sungura, I first started jamming to songs by Khiama Boys and John Chibadura. From there I began covering songs by Nicholas Zakaria, another favorite of mine.

For years I considered Macheso’s music so virtuoso and complex and I really just didn’t think I could play any of it. After a while of playing Congolese seben it became easier to approach his style I think.

TM: You recently came to Zimbabwe, met and played with Alick Macheso. Tell us more about the experience.

EW: I was in Harare for a week only and was extremely happy to learn that Macheso had a show while I was there. I arrived at the venue early, the band was about to start sound check. My friend Silas who is a drummer introduced me to Obert Gomba (Macheso’s drummer) and we had a chat before the venue filled up and the show started. When Macheso walked on stage I was excited beyond words!! Little did I know that this show would last for more than 6 (!!!!) hours and that I would be invited on stage. I was the only white person in the audience and not surprisingly I was called up to dance (haha, I knew it) but as I walked on, Obert called me over to the drum kit, and I took over the drumsticks one by one and continued the beat. I threw in some signature sungura rolls, a bit of dendera variations and I saw the excitement on Macheso’s face. We jammed and played solos for a bit and there was a great response from the audience with many people filming and yelling my name. After my little guest performance I was sort of interviewed by Macheso in front of the whole audience. He told the audience how I had greeted him in Chichewa (I knew that Macheso has his roots from Malawi). Haha, it was all crazy fun…

TM: Macheso is known to be a humble musician whose large following is usually made of people of low income. In Zimbabwe and perhaps most parts of Africa, low income earners are usually not white people. Did you notice an excitement on Macheso’s part (or his bandmates) having a white fan playing his music?

EW: Absolutely. All sungura musicians that I have met have been very excited when a foreigner like me show interest in their music and demonstrate skills and effort.

TM: Do you have any plans of working with Alick Macheso on a studio recording or any other musician from Zimbabwe?

I would love to! There are no specific plans, but I wish I can return to Harare soon again and collaborate.

TM: I understand you and your band play sungura music in Norway. How has been the reception of your music?

EW: Yes, in 2016 I established a band in Norway called Sør for Sahara. I had this idea «what if we take Zimbabwean guitars and sing in Norwegian?»  So I found a bassist, two guitarist and a lead singer + me on drums. Most of our songs draw on sungura-like rhythms/patterns, but we are also inspired by Tuku and we mix in some Rumba and South African marabi. It is a great learning thing for us, striving to get the sungura sound right.

The reception in Norway has been positive. People tend to enjoy the southern African «feel» to the songs, and we add a lot of humor and sing about local, funny issues.  This August we are performing at Oslo Afro Arts Festival, formerly known as ZimFest Oslo, so that is a great achievement for us! However, our big dream is to travel to Zim as a band one day and do a tour.

TM: Many Zimbabwean musicians would love to tour Norway. In your own view will such a tour make economic sense?

EW: Well, I mentioned earlier that Mtukudzi has in fact performed in Norway. Mokoomba has been here too, as well as Hope Masike. There are quite many festivals in Norway that book African artists. We have had Hugh Masekela, Angelique Kidjo, More Kante, Sean Kuti, Black Coffee and all sorts of groups.

TM: What is your favourite Macheso song?

TM: And what stands out in his music and Zimbabwean music in general?

EW: Energy! Drive! Interaction! -Between the instruments themselves, and between the music and audience.The ability of sungura artists to be original and create new variations over the sungura «formula» never stop to amaze me. By that I mean how they push the creative limits within the «framework» of 1-4-1-5. Sungura has been refined and refined over the years, and I just find the whole genre incredible.

The funny thing is … most songs I have no clue what the lyrics mean. As I dont speak Shona, I know I am missing out on a lot.

TM: Thank you very much Eirik for your time and keep pushing the brand Zimbabwe. I hope to see you on stage the next time you visit Zimbabwe.