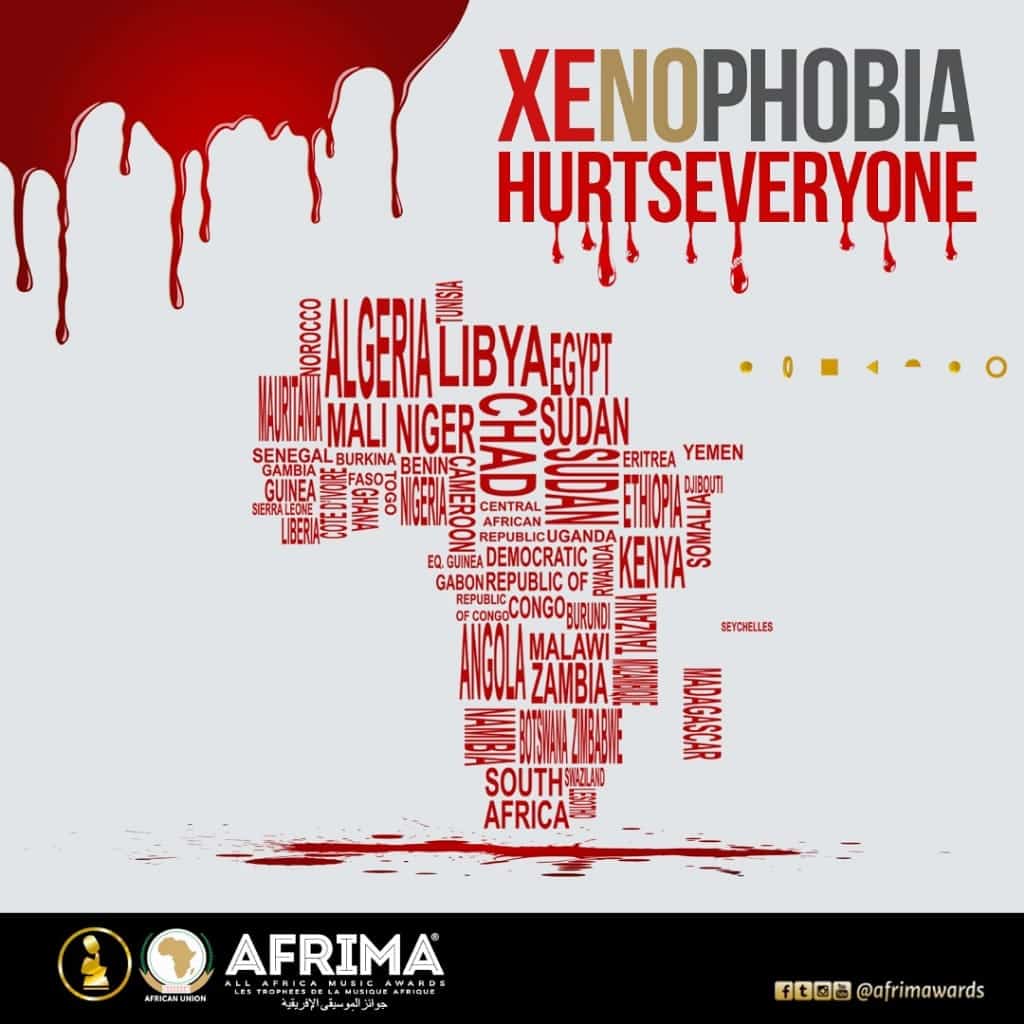 The International Committee of the All Africa Music Awards, AFRIMA has condemned the recent xenophobic attacks on other Africans living in some parts of South Africa saying it is a reflection of anti-poor policies of most successive governments in Africa which create huge inequalities and lack of opportunities for millions of young people on the continent.

In a statement released over the weekend, the committee condemned the targeted attacks on foreign nationals by South Africans saying it threatens African unity and peaceful co-existence.

“The International Committee also unequivocally condemns the reverberating reprisal attacks in some countries in Africa such as Nigeria and Zambia.

“The scourge of xenophobia in its entirety is a cancerous threat to Africa’s unity, peaceful co-existence and economic growth that AFRIMA is known to have championed for years through the instrumentality of culture and music.

Speaking of behalf of the International Committee of AFRIMA, the President and Executive Producer of AFRIMA, Mike Dada, expressed displeasure and disappointment over the widespread, calculated violence, hate and xenophobia on African migrants in Africa.

“While we view these unfortunate attacks and counter-attacks on fellow Africans as by-products of anti-poor policies of most successive governments in Africa which create huge inequalities and lack of opportunities for millions of young people on the continent, Africans should note that the myriads of common problems of joblessness, diseases, hunger, lack of quality education, extreme poverty, homelessness and lack of access to finance are the true enemies of Africa that can only be defeated only if there is a united, collaborative and peaceful Africa”.

“The bigger picture by AFRIMA is to see a borderless continent where individuals live freely, trade and coexist in unity and leverage on one of the most powerful tools that bind us together which is music” Mr. Dada added.

IT Management Symposium Comes To Harare