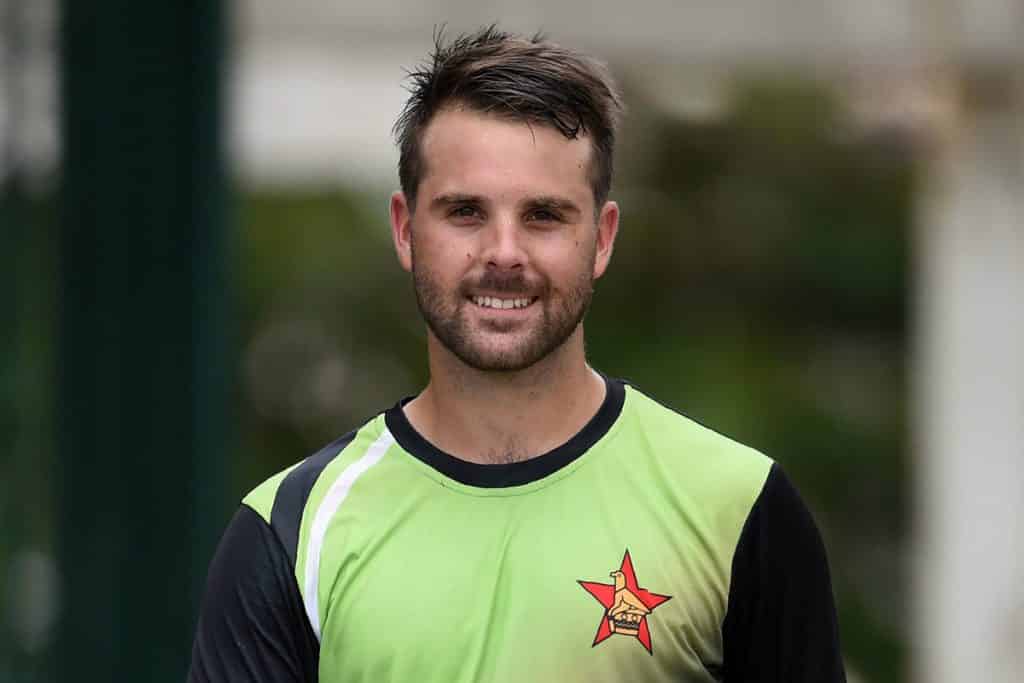 A determined century by Ryan Burl did most to give Rising Stars a first-innings lead of 108 runs against Harare Metropolitan Eagles at Takashinga Sports Club today.

By the close of play Eagles had knocked off 29 of the arrears, but are being given a tough fight by the youngsters in this exciting Logan Cup match.

Rising Stars resumed at their overnight score of 52 for one wicket, with their batsmen Tafadzwa Tsiga and Tarisai Musakanda both on 20.

Harare Metropolitan Eagles missed a chance in the first over of the day, when Tsiga edged a ball from Garwe low into the slips.

After that the pair batted with increasing confidence, playing their shots well against all the bowlers, and brought up the hundred within an hour.

Musakanda was first to his fifty, reached with an off-drive for four off Tafadzwa Muzarawetu, off 85 balls.

Tsiga followed on the other side of the drinks interval, a leg-side four bringing him his fifty off 92 balls, just after the century partnership was posted.

Two overs later, however, Muzarawetu finally broke through by bowling him for 54, scored off 96 balls and after a partnership of 112.

Musakanda followed two runs later for 61; he edged a ball from Tino Mutombodzi to the wicket-keeper, Joylord Gumbie, the ball bounced off the gloves and he dived to catch the rebound.

Two new batsmen were now together in Tony Munyonga and Ryan Burl.

They survived until lunch, when the score was 136 for three, with the batsmen on seven and one respectively.

Burl settled in, helped by a couple of friendly full tosses from Mutombodzi that he put away for four, but Munyonga never got going.

He scored 13 off 50 balls without a single boundary before he tried a big hit against Tapiwa Mufudza and skyed a catch, leaving Stars at 169 for four.

Thamsanqa Nunu, on his first-class début, made a brisk start, scoring 11 runs in three scoring strokes off his first eight balls.

Then he cooled down and settled into a steady partnership with Burl, who completed a sound fifty off 76 balls.

Stars took the lead just before tea, when they were in a potentially strong position at 239 for four; Burl had 63 and Nunu 34.

They continued to bat well in the final session, passing the century partnership, and Burl moved smoothly to his second career century, which came off 123 balls.

Nunu was finally dismissed for 47, caught at slip off Cephas Zhuwao, after a partnership of 129, the score now being 298 for five.

Faraz Akram stayed with Burl for a while to score nine, before being trapped lbw to Mufudza, who then bowled Brandon Mavuta first ball; 319 for seven.

Eagles put Regis Chakabva on to bowl, and he took the wicket of Davis Murwendo, also without scoring, as he swung across the line at the ball and was bowled — Chakabva’s first wicket in first-class cricket.

Burl continued to play his same game, with Njabulo Ncube as his new partner, but was out in an unusual and controversial manner.

He was given out obstructing the field in bizarre fashion, missing the ball with his bat as he tried to play it, but knocking it aside with his hand to protect his wicket.

Moments later the innings came to an end for 339, as Ncube was caught in the deep for five.

The only bowler to make more than one wicket was Mufudza, with four for 118.

Zhuwao (11*) and Gumbie (13*) came in to face three overs before close of play, leaving Eagles on 29 without loss and trailing by 79 runs with 10 wickets remaining.

After dismissing Mountaineers for 203 — a total that had looked unlikely had it not been for Donald Tiripano (49) and Wellington Masakadza (27) — Rhinos ended the day on 164 for three, a mammoth lead of 253 runs with seven wickets remaining.

Chapungu, who scored a brilliant first-innings century, this time round made 51 off 78 balls, a knock that included six boundaries.

His opening partner, Masvaure, was still unbeaten on 98 at stumps.

Tiripano claimed two of the Rhinos wickets that fell.

I am the right person for Harare West: Mamombe

The Curse of Forgetting Useful Information and Knowledge