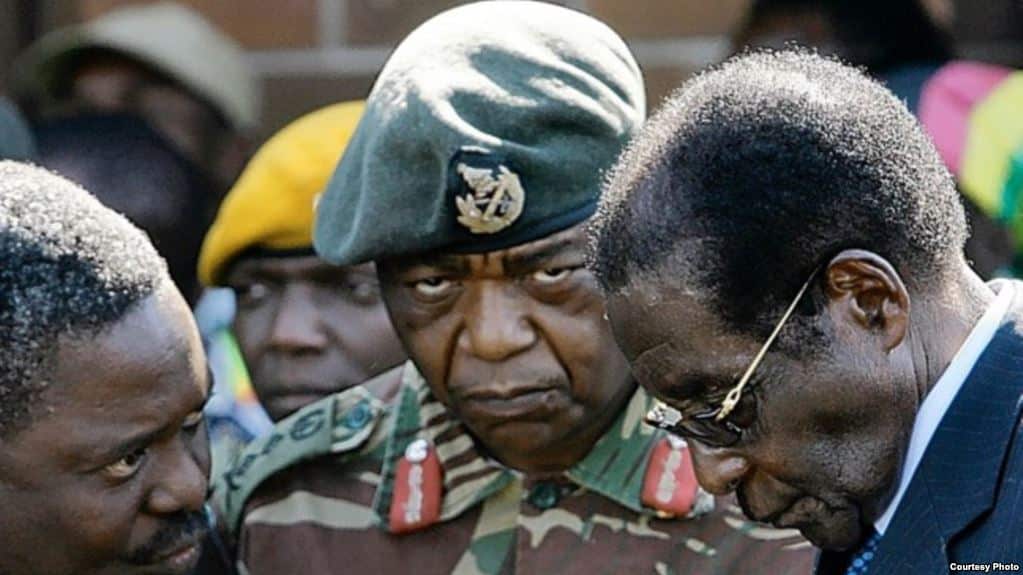 Exiled former Minister Jonathan Moyo has alleged that Vice President Constantino Chiwenga wanted former President, the late Robert Mugabe to die in office since he was one of the founding fathers of present-day Zimbabwe.

Mugabe died in Singapore last Friday aged 95 and his body will arrive in the country on Wednesday while burial is scheduled for Sunday at a place yet to be known.

In November 2017, Mugabe was deposed of from power by the army which was then led by Chiwenga and during a tension-filled two weeks which changed the political dynamics of the country.

He was then succeeded by his long-time lieutenant, Emmerson Mnangagwa, who was perceived to be younger and progressive and had strong links with the army.

Prior to the military intervention, Chiwenga and other army chief had alleged that Mugabe had become too old and frail to rule and some elements within the ruling party were taking advantage to further their political interests and one such was Moyo, the then Minister of Higher and Tertiary Education Minister among other senior officials in the Mugabe cabinet.

Writing in a weekly newspaper, the Nairobi-based Moyo said in 2013 Chiwenga alleged that Mugabe was entitled to rule till death and it would have been unimaginable that someday there would be media reports that “former President Robert Mugabe” has died out of office.

“The death of former President Robert Mugabe at a hospital in Singapore on Thursday, September 6, 2019, rang memory bells about the hush-hush, but spirited conversations that ZANU PF comrades used to have about this day, during the 2013 election campaign in which his advanced age and mortality were campaign issues.

“In one such conversation, General Constantino Chiwenga was adamant that calls, which were then spreading and getting louder, for Mugabe to name a successor and retire were misguided because “as a founding leader Mugabe was entitled to die in office like his departed co-founders Joshua Nkomo, Simon Muzenda and Joseph Msika, who had died in office with the dignity of the office befitting a founding leader,”he said.

Moyo said the Mnangagwa government was being hypocritical in claiming that it was helping the former president foot his medical bills then and now helping with the repatriation of his body.

“this possibility was taken as an unacceptable indignity to be avoided at all cost. et this is what happened on the dark day of September 6, 2019.

“Mugabe died not only out of office but also out of the country with the attendant indignity in Singapore where, despite government claims that he was being accorded State facilitation and assistance, his regular mode of transport there was uber taxis, as he had to make do with very little,” he claimed.

He stated that Mnangagwa was “surprised” that there were Mugabe family members in exile.

‘‘…president Mnangagwa expressed surprise that there were some members of the Mugabe family who had left the country without any indication that they were facing any charges. In any event, if this had been made clear to the President, the Mugabe family would be protected against undue victimisation.

“In particular the President could not understand why Patrick Zhuwao had left the country except, possibly, in solidarity with his colleagues, one of whom had in fact been in and out of the country,’’ said Charamba.