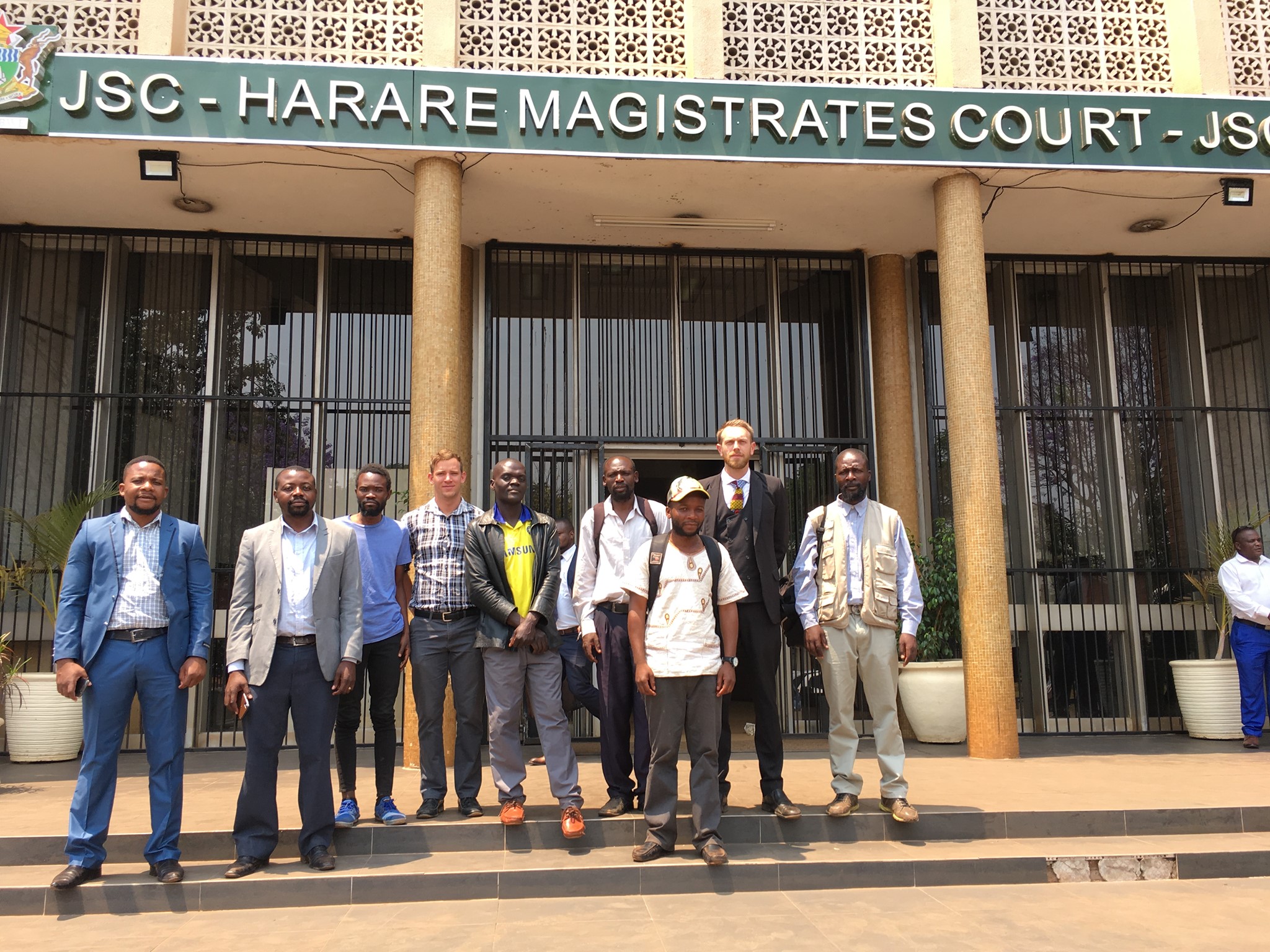 The nine HRDs were arrested at Finance and Economic Development Minister Mthuli Ncube’s offices in Harare on 23 August 2019 during an anti-government protest dubbed “Pay Day Funeral”, where they allegedly gathered to “mourn the deaths” of their salaries, which they said were inadequate including poor working conditions and standards of living.

According to prosecutors, the nine HRDs, who are represented by Jeremiah Bamu of Zimbabwe Lawyers for Human Rights and Advocate Fadzayi Mahere and David Drury, allegedly interfered with the ordinary comfort, convenience, peace or quiet of the public by creating a nuisance or obstruction through singing and dancing while carrying a miniature coffin and a small wooden cross.

The miniature coffin and the wooden cross will be produced as exhibits during their trial.
On Monday 2 December 2019, one of the State witnesses confessed to using “minimum” force to subdue the nine HRDs which he justified as meant to “subdue” them.

The trial will continue on Wednesday 4 December 2019.