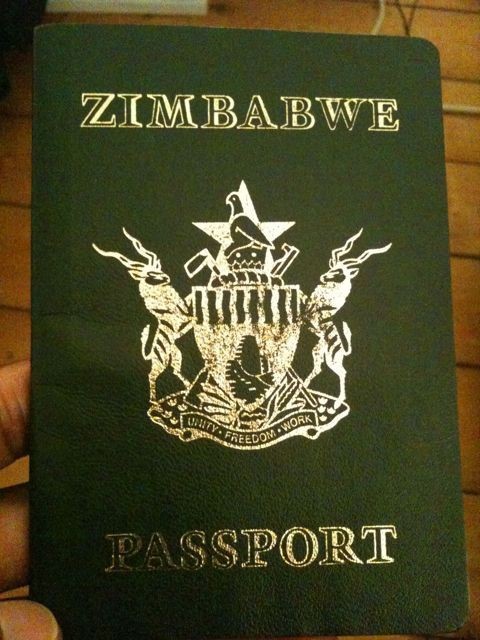 Share
More than two decades after leaving the country and eventually participating in opposition politics, a United Kingdom-based Zimbabwean, Anna Damson Mwanza fears for the worst if she is asked to leave the UK.

Narrating her ordeal Mwanza said she went to the UK in 2004 and later participated in opposition politics a move which she says might get her in trouble if deported.
“I came to the UK in 2004 and having participated in demonstrations organised by the MDC party where I am a member,” she said
Mwanza says she now faces deportation and respects the decision of the UK government but fears for her life.
“I am now facing deportation a decision taken by the UK government and I respect it. Considering the history of our country I fear for my life because of my participation in demonstrations organised by the MDC” narrated Mwanza
Legal expert Brian Tshuma said those in exile have every right to raise alarm over their security considering past and present political terrain in the country.
“The situation in Zimbabwe at the moment appears calm but underneath there is deceptive political persecution. We still have the same political system hence all who participated in opposition are at risk,” said Tshuma
“The risks for Zimbabweans in the diaspora are still there. Those in charge may say all is okay but what is obtaining on the ground tells a different story, the reprisals for activists opposition supporters are quite dire,” he said
Mwanza fears that she may be charged with trying to subvert a constitutional government which carries a sentence of up to 20 years.
Section 22 (2) of the Criminal Law Code which provides for the crime, says “Any person who, whether inside or outside Zimbabwe (a) organizes or sets up, or advocates, urges or suggests the organization or setting up of, any group or body with a view to that group or body (i) overthrowing or attempting to overthrow the Government by unconstitutional means; or (ii) taking over or attempting to take over the Government by unconstitutional means or usurping the functions of the Government; or (iii) coercing or attempting to coerce the Government; or (b) supports or assists any group or body in doing or attempting to do any of the things described in subparagraph (i), (ii) or (iii) of paragraph (a); shall be guilty of subverting constitutional government and liable to imprisonment for a period not exceeding twenty years without the option of a fine.”
Reprisals against opposition activists and supporters are very common in Zimbabwe.
Recently traditional leader from Ntabazinduna in Matebeleland, Chief Ndiweni criticised President Mnangagwa’s government saying it will not last.
His sentiments were met with threats from Defence Minister Victor Matemadanda who said the Chief was playing with fire that he will not quench.
“This so-called chief is starting a fire that is not going to be able to quench. But obviously, he is playing to the gallery. He wants people to react. He knows that there nothing he is going to do to stop ED’s leadership. But he is just trying to make the news so that people respond to him and he is in the limelight.
“It is unfortunate that in a country you have such calibre of people as chiefs.  And you even wonder what happens to the tribe that is supposed to be taking the chieftainship. Do they not have a better person to take the chieftainship? It is not wise for the chief to try and involve himself in politics.
“If he wants to be involved in politics, let him come. Form or join a political party and then we meet him in the ballot box rather than trying to cause security threats and problems. We will not allow and accept that to happen,” Matemanda said
Zimbabwe remains a threat to its citizens despite constitutional provision guaranteeing freedom of expression and freedom to protest.