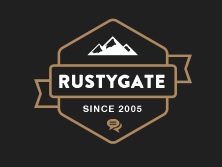 This week’s 263Chat on Sexism in Zimbabwe reminded me of a woman I know. She’s a “gender activist” and women’s rights campaigner. She’s a working mother and a devout Christian.

So while she rages for days about equal footing for women, she will rail against the “sin” of homosexuality and condemn “the gays” to suffering, imprisonment, ill-treatment and (the obvious) eternal damnation. Equal rights for her and her kind – but not for all.

She is the ultimate oxymoron – the homophobic feminist.

She forgets that the struggle for equality is the same the world over and across time – peasants, Protestants, blacks, women, gays today, robots tomorrow … nothing changes. Patterns are repeated, opposition manifests and eventually dissolves, and humanity wins. Every time.

And yet I see and hear what appear to be rational, intelligent people frothing at the mouth when it comes to gays and lesbians. They have no rights, I hear. This is Zimbabwe, it’s against our “culture”. Burn dem.

Speaking of culture, I don’t know if Zimbabwe’s mishmash of ethnic groups have one homogenous “culture”, but I’ll tell you one thing that isn’t and has never been a part of MY culture – bigotry. Anyway.

The fight for women’s equality and gay equality are the same, sister. In the distant past you suffered discrimination that today we find abhorrent; women not only couldn’t vote, they couldn’t own property, divorce an abusive husband, or act as a witness in a court of law. Conversely, ‘sodomy’ in Zimbabwe is actually a criminal offence.

Moving into the early twentieth century, women were still without a vote, and thus a voice. As I type this, GALZ are the target of a raid, and they, too, are unable to speak for themselves in any meaningful way.

But here is where the story of women’s rights and gay rights diverge; while both groups still face discrimination, while neither battle has been “won,” only gay and lesbian individuals are still being subjected to a legally-enforced brand of second-class citizenry.

Whereas our young women are being told to shoot for the stars – that there is no glass ceiling anymore, that they should fight sexism wherever they find it, that they can be and do anything if they put their minds to it – gay and lesbian individuals are hearing a different message: you’re a disgusting criminal, and you’re worse than pigs and dogs.

Women have to stop thinking about gay and lesbian individuals as a group of “others” and start seeing them as they are – people just like you, living the same sorts of lives as you are, with the same hopes and dreams for themselves. They just do things differently in their bedrooms. How is that anyone else’s business?

God hates fags, you say? It’s unnatural, is it? If no one had ever challenged religious authority, there’d be no democracy, no public schools, women’s rights, improvements to science and medicine, abolition of slavery and no laws against child abuse or spousal abuse. Besides, shouldn’t you leave the judgement to your Lord himself?

Listen, I’m not a supporter of gay rights – I am a supporter of full, equal rights for EVERYONE (using the qualifier “gay” when talking about rights makes them seem a different sub-set of the whole, as if they have to be treated, legislated or managed differently). I have never been able to understand attacks upon the gay community. There are so many qualities that make up a human being … by the time I get through with all the things that I detest and admire about people, what they do with their private parts is so low on the list as to be irrelevant.

Look, at some point in our lifetime, gay marriage won’t be an issue, and everyone who stood against basic human rights will look as outdated as those guys who said women couldn’t vote or hold down a job. Do you want to be that person? Is that the legacy you want to leave your grand-kids? Gay marriage, never in a thousand years, right?

Surely, if the struggles of the women’s movement have taught us anything, it’s that there’s no limit on what an individual can do when left alone to their own devices, with neither societal nor governmental interference in their  private lives.

It is never too early to recognise individual freedoms and civil rights, sister. But, as someone working with abused women, you know for a fact that it’s always too late.

I know you’re fighting your own battle, and you don’t have to concern yourself with the rights of gays, since you’re living your own story and defending your own rights. But until everyone is free, my sister, nobody is.

They’re human beings sister, just like you and me. Who they choose to fuck has nothing to do with us.

Joe Ruzvidzo is a veteran blogger, writer and graphic designer based in the Sunshine City of Harare.

High expectations for 2015 budget in the informal sector

Everything You Need To Know About Collective Bargaining

Masiyiwa Talks About AVATT’s Efforts In The Caribbean…