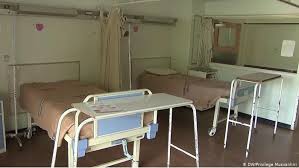 Government is set to refurbish five major hospitals across the country under its 90-day Rapid Plan program, 263Chat has learnt.

The move is meant to rescue the dilapidated healthcare infrastructure and quality of service.

Speaking at the signing of the exchange of notes for the Grant Aid project with Japan in Harare this morning, Finance and Economic Development Minister, Mthuli Ncube said target hospitals have been selected from major cities of Harare, Bulawayo, Gweru and Mutare.

“We are determined during 2020, at least five hospitals should be refurbished and citizens should feel that their hospitals have been refurbished and are offering good healthcare service. That is our 90-day plan, hospital by hospital,” he said.

The 90-day Rapid Plan is a health program adopted by government and once the initial phase is done, it’s expected to continue targeting more hospitals and smaller healthcare centers in all provinces and districts.

The first beneficiary under the program is Harare Hospital which is set to receive US$ 5 million from Treasury forthwith.

“I am pleased to advise that Government has committed itself to a 90-day Rapid Plan which will look in to the urgent and immediate requirements of Harare Hospital through an allocation amounting to US$ 5 million,” added the Minister.

Zimbabwe’s healthcare system-once a beacon of Africa in the 1990s, has undergone massive neglect of its infrastructure over the past two decades and is now among the worst in the region.

The country’s biggest hospitals, Parirenyatwa and Mpilo Hospitals in Harare and Bulawayo respectively were built in the 1950s, during the Federation era and are now in dire need of renovations and fitting of new equipment.

There hasn’t been an official evaluation of the total amount needed to resuscitate Zimbabwe’s ailing healthcare infrastructure, but analysts say billions of dollars are needed including in the construction of new hospitals and clinics for its growing population.

The human resource-drain of healthcare workers trekking into economically stable countries has left a huge void, compromising quality of service.

Currently, government is in gridlock with its health workers over salary increments.

We Have Fresh Evidence, 2018 Elections Were Rigged: Chamisa