Four armed robbers slain in a shoot out with Police 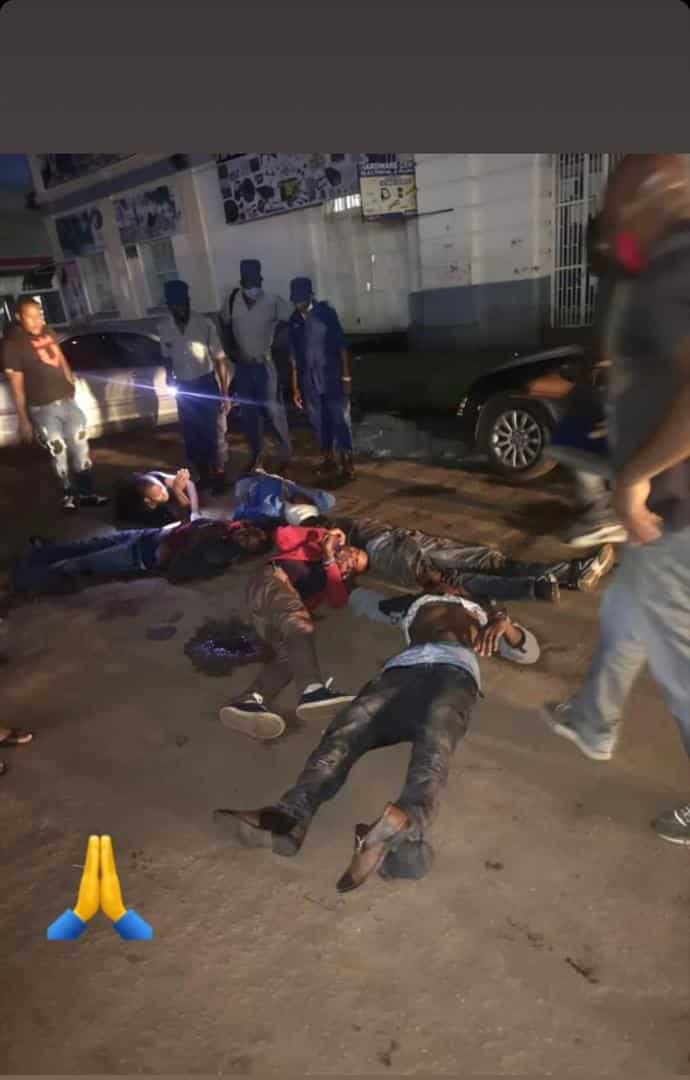 A gang of six armed robbers who had pounced on a Harare businesman, Chris Chibueze were gunned down in a shoot out with police detectives, Friday night.

Three of the armed robbers died on the spot, one on admission at the hospital and the other two were arrested and are under police guard at the Hospital.

Police sources revealed that CID Homicide detectives acted on a tip off from members of the Public that there was an armed robbery in progress.

And amongst the killed armed robbers, there was a member of the Zimbabwe Republic Police who was stationed at ZRP Hatfield.

According to sources the complainant- Mr Chibueze -received a phone call from one of his customers who wanted to place an order of a solar battery.

At around 1800 hours the complainant realized that he had left the battery at his shop and he decided to go back to the shop to collect it.

Upon arrival at the shop the complainant opened the shop at around 1830 hours and he went to his office to switch off his computer.

Suddenly he was approached by six male armed robbers with four pistols and a 0,22mm magnum revolver. The armed robbers ordered the complainant to lie down whilst pointing firearms at him. Mr Chibueze complied.

One of the armed robbers grabbed the safe keys and opened the safe. He took cash amounting to US$10 000-00 from the complainants’ safe.

After securing the loot some gun shots were heard outside the shop and four of the accused persons bolted out of the shop to check for the intruder. An exchange of gunfire ensued and the armed robbers were overpowered. The stolen money was found at the scene.

“ZRP confirms the death of four armed robbers and arrest of two others in a shootout incident which occurred at number 110 Ambuya Nehanda road on 19 February 2021 around 1800 hours,” said Assistant Commissioner Nyathi.

He said ZRP does not condone acts of criminality by police officers.

“There is no place for unruly elements in the ZRP. Police warn criminals that the long arm of the law will always catch up with them and connivance with the police will be severely dealt with terms of the country’s laws,” he said.

Matanga Sweats Over Payment Of Claims For Police Brutality

Kadoma Police In Hot Soup Over Interference In Mining…