to Light up Vunganai Album Launch 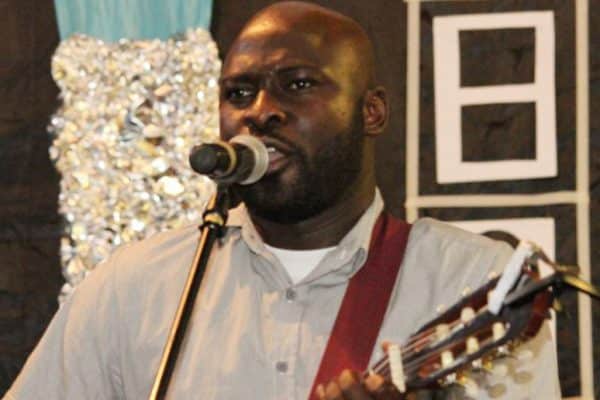 Gweru will this evening come alive as over 20 gospel and circular musicians descend on the Midlands provincial capital to support upcoming Afro-fusion and gospel artiste Robson Vunganai’s album launch set for Gweru Theatre.

Renowned artistes such as veteran gospel musicians Sebastian Magacha, who collaborated in some of Vunganai’s songs, and Respina Patai popularly known as Amai Patai, Jazz outfits such as The Travelers and Jazzy Jazz will be converged at the Gweru Theatre in the promising explosive event.

Zimbabwean contemporary popular musician, Andy Muridzo, will be gracing the occasion as well. The ‘Emgma’ hit maker is one prominent attraction expected to pull the crowd during the launch especially with his recently launched album with fans eager to get a feel of his new tunes live on stage.

The album, titled ‘Ndezva Mwari’ is Vunganai’s second after his initial introductory album Tisvikewo launched in 2016.

The 8 track album, initially supposed to be launched on May 5, contains songs such as the title track Ndezva Mwari, Rudo, Terera, Mihla, Mukana, Misi Yose, Kure naMwari and Nditungamire.

Vunganai said all is set for the big night with all logistics done and supporting and guest artists having confirmed attendance.

“We have been working hard to make sure that the album launch is a success. I am grateful for the support I have been receiving from both the organising committee and fellow musicians,” he said.

One of the organising committee members Sydney Shumba said all preparations for the launch are at an advanced stage and all has been progressing well, calling for Gweru gospel lovers and everyone in general to come and experience the ‘magic’ during the launch.

Clips of videos on social media with artistes such as Andy Muridzo and Sebastian Magacha are making the rounds confirming their participation, as part of the marketing strategies for the launch.

Vunganai is not only a musician but a successful businessman into the construction industry and will use the album launch to also donate books to underprivileged pupils at various schools in the province after engaging with various companies to help in the charity work.

“I have realised with concern that several less-privileged schools in and round Gweru are facing serious book shortages, hence the need for us as musicians to assist tackle such a problem and help such disadvantaged members of society,” Vunganai said.

The donation will be themed “A book to every child campaign”.

Mzembi Appeals To President Mnangagwa For Protection Of Privacy