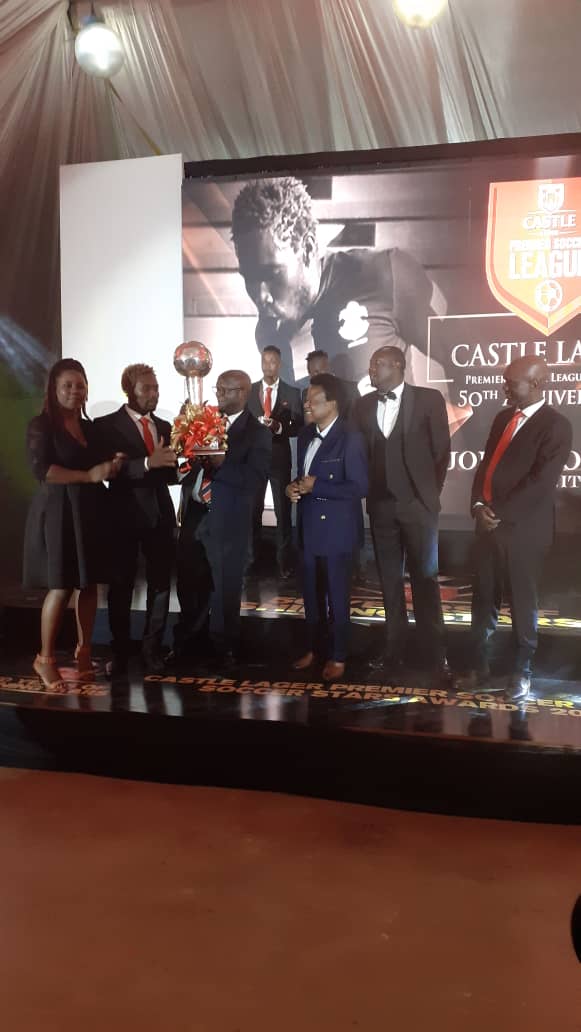 Resurgent Bulawayo Giant Highlanders dominated this year’s edition of the Castle Lager Soccer Stars of the Year awards after three of their players scooped awards at a colorful ceremony held at a local hotel in the capital yesterday evening with their former son, Joel “Josta” Ngodzo, now at Caps United walking away with the grand prize.

Highlanders shot stopper Ariel “Mangoyi” Sibanda, who has become a vital cog in the Bosso dressing room was voted Goalkeeper of the Year while their enterprising wing defender Andrew Mbemba was voted Rookie of the Year with born again gunslinger Prince Dube sneaking into the top three as the second Runner Up to Ralph Kawondera (first runner up) and Ngodzo who was voted Soccer Star of the Year.

Chicken Inn gaffer, who has also been doubling as Warriors coach Joey Antipas was voted Coach of the Year.

Referee of the Year award went to Brighton Chimene, who is winning the award for the second time while Faith Mloyi was First Runner Up with Salani Ncube being second Runner up.

However, football experts that include soccer legends were satisfied with the players that were rewarded for a blistering season.

Reservations were on Dube (Prince) who many feel was blowing hot and cold in the first half of the season only to hit the correct codes when new coach, the Ditch mentor  Hendrik Pieter de Jongh took over.

Dube has been influential in Bosso’s resurgence, helping them win the Chibuku Super Cup in which his contested goal decided the match at Barbourfields two weeks ago, presenting Bosso the chance to represent the country in the Confederation Cup Winners Cup.