I Wished For A Lenient Sentence On Fantan, Levels: Machakaire 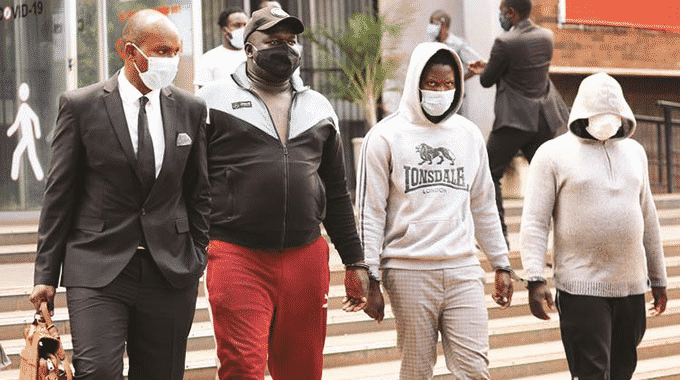 The trio pleaded guilty to breaching COVID-19 lockdown regulations when they organized a musical gig attended by thousands of people on New Year’s Eve.

Reacting to the news, Machakaire said his wish was for lenient sentencing given their role in society and their admission of guilty.

“My prayers and thoughts go out to Fantan, Levels and the entire Chillspot family. These young men have been very influential in the music industry. They have helped identify various talents, Enzo Ishall, Uncle Epaton, Herman to name just a few.

“The work they do at Chillspot is going a long way in creating employment for the ghetto youths and alleviating poverty among the ghetto youth. I am glad that the law took its course and rightfully. However, my wish would have been for a lenient sentencing given that they admitted to their crime,” said Machakaire.

He added that the good work they had been doing could be undone as a result of their absence as they save the ‘long’ sentence.

“My wish would have been for them to serve community service by giving back to the community in the form of awareness campaigns, using the power of music to educate the public. I fear that if they are locked up for long, it will undo the good they are doing for the ghetto youths. However, justice has been served and we cannot dispute it. Let this serve as a caution for future lawbreakers,” he said.

“As first time offenders, I feel the sentence is too harsh. They should at least been given a hefty fine for violating #covid19 regulations. Dj Fantan, Levels & Dhama are just entertainers who got overzealous. We have murderers & armed robbers roaming the streets out on bail,” she wrote on Twitter.