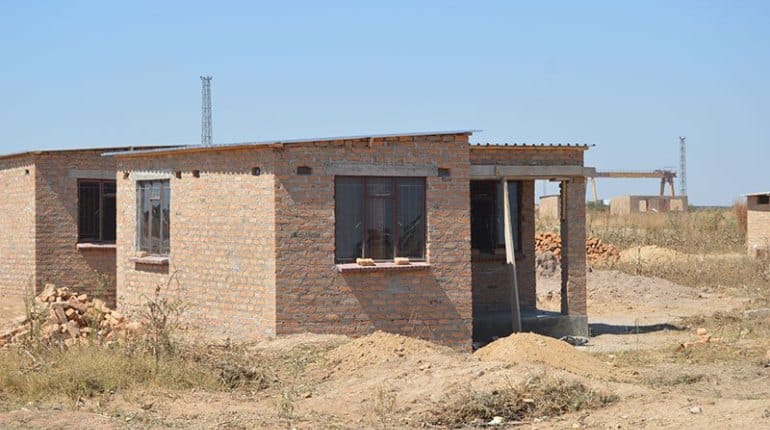 A surge in production of farm bricks is fast becoming a key driver of deforestation in Zimbabwe, 263Chat has established.

In Harare, temporary structures synonymous with yet to be regularized settlements like Hopely and Epworth suburbs have seen an increase in construction activities creating massive demand for farm bricks which are relatively cheaper.

Informal brick-moulders who spoke to 263Chat confirmed overwhelming demand for farm bricks in these shanty settlements.

“Our clientele focus is on these developing communities like Hopely, Southlea Park and Southlands. Farm bricks are ideal for their slum structures. However, we often record some sales from people in Waterfalls (Harare’s middle-density suburb). They usually use our bricks for their pre-cast walls and doe wells walling,” said Thomas Musandu, a farm brick producer.

While common industrial red and prime bricks popularly used in urban structuring are selling at US$100/1,000 bricks and US$75/1,000 bricks respectively, Musandu indicated that farm bricks can go for as little as US$20/1,000 bricks.

However, despite farm bricks being generally affordable for these low-end prospective home-owners, their production have come at a greater cost to the environment.

As huge pits are excavated for clay soil required to mould the bricks, substantial amounts of trees are cut down for firewood needed in their drying process.

The Environmental Management Agency (EMA) says farm brick production is one of three major drivers of deforestation in Zimbabwe along with tobacco curing and firewood consumption.

“Small towns still going through urbanisation have become prime territories of farm brick production. Failure by local authorities in such towns to articulate the ban of farm brick use as building material in their by-laws has enabled high demand of the commodity as the areas develop and expand.

“So in line with the Environmental Management Act, we are constantly directing local authorities to articulate in their by-laws a halt in the use of farm bricks on both temporary and permanent structures,” said Sidange.

To this end, just last year in July, EMA descended on the city of Mutare, Zimbabwe’s fourth-largest city, directing its local authority to ban the use of farm bricks in construction of commercial, industrial and residential structures.

However, testimonies from bricklayers who spoke to this publication suggest that successful suppression of farm brick use will not only be accomplished on paper. Corrupt local authorities’ inspectors who are accepting bribes are casting a blind eye on farm brick-erected buildings.

” I wouldn’t recommend the use of farm bricks to my clients because the structure will develop cracks in no time. But if they insist, we will look for farm bricks that were well burnt. The client can always bribe the council inspector to pass the structure,” said Gerald Mutumanje, a bricklayer.

While back-filling can recover farm brick production effect on land, it is the tree population that is affected most by this practice.

Unlike tobacco curing which is seasonal, only presenting devastation on tree population once every year when the leaf is ripe, farm brick production has an all-year-round effect.

Trees are key in reducing the amount of carbon dioxide released into the atmosphere. Large amounts of carbon accumulating in the atmosphere are causing global warming leading to climate change.