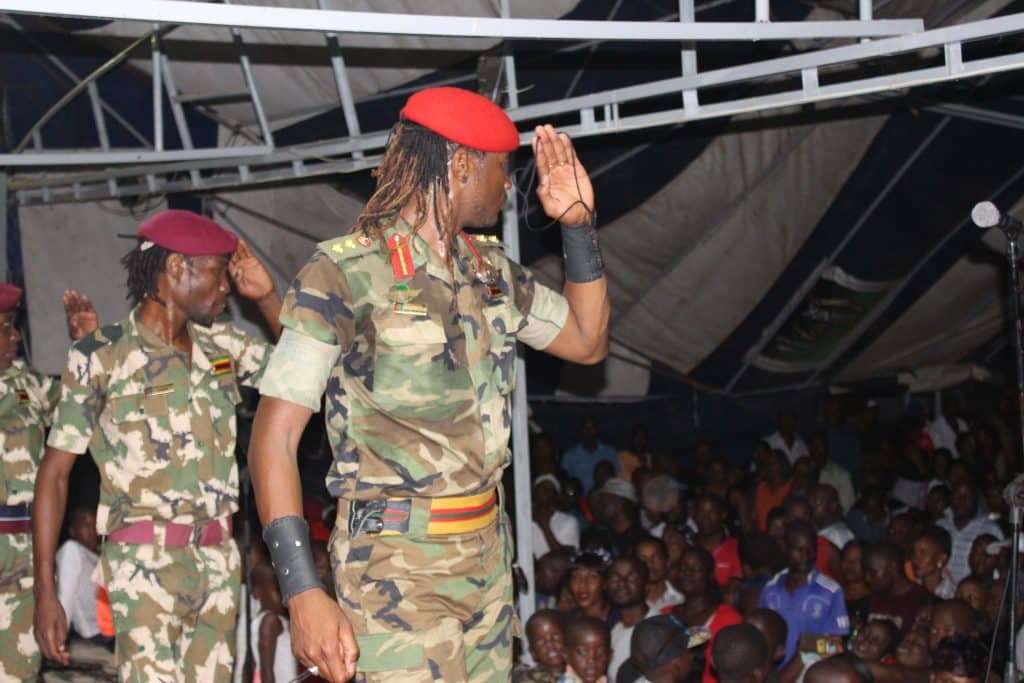 High-riding music superstar, Mukudzei Mukombe popularly known as Jah Prayzah seems to have hit the right chords with regards to family shows if his programme on Sunday at Extra Mile is anything to go by.

Local musicians have in the past disappointed their fans as they mostly appeared on stage late into the night despite the fact that most families would not be able to endure the rigors of the night with children.

This has seen the concept of family shows losing steam among show-goers but the Ndini Ndamubata hitmaker is on a mission to bring back lost love.

Hundreds of families who braced the wet Sunday were left impressed with the way Jah Prayzah handled his family show, knowing that his fans will want to have fun and rest enough for the Monday blues.

Jah Prayzah went on stage at around six, kicking off his act with his new song called, Tambirai Masoja. His polished act got everyone on the dance floor with many praising him for the professionalism he exhibited on the day.

In an interview with 263Chat, Jah Prayzah’s manager, Keen Mushapaidze confirmed their desire to give back to fans including under-aged children who may not have a chance to follow them in restricted venues.

“We are trying everyday to impress our fans because these are the people who make Jah Prayzah.

“We would like to thank all our fans for their support and we are looking forward to a good year and we are working hard to give our fans the best of what we can,” said Mushapaidze.

Fans who attended the show praised Jah Prayzah for his professionalism which they said ensured that even children who like him are able to see him in action.

“My child is a big fan of Jah Prayzah and he has been pestering me to take him to Jah’s shows, so it is good that today, he has been able to watch his idol perform, we wish if all musicians could do this,” said Mai Dorcas from Mabvuku.

Arnold Muzambani from Highlands who attended the show with his girlfriend said he enjoyed the family show.

“This was an exciting performance from Jah Prayzah, my girlfriend is an avid follower of his music but she doesn’t want to go to night shows, so today was her first time to see him in action, she is ecstatic and is hoping it continues like this,” said Muzambani.

Most musicians have failed their fans at most family shows as they get on stage late at night sometimes around midnight, despite the fact that their fans would have spend the whole day waiting for them.

The concept of family shows is mainly targeted at bringing together diverse groups of people including kids to have fun and get to watch their favorite icons in action.