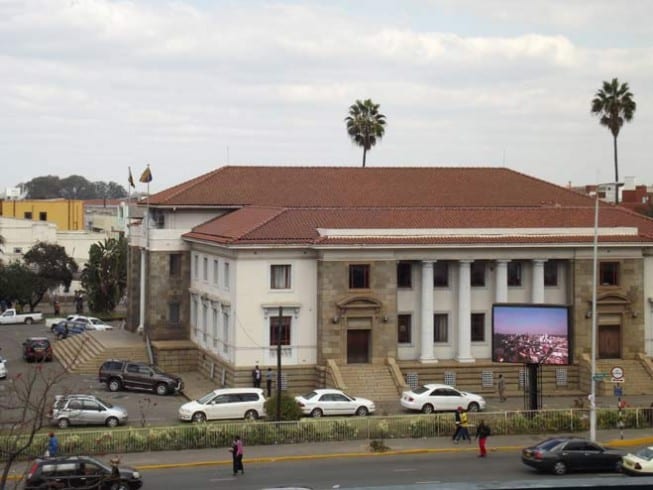 After flexing their muscle in Parliament by recalling four legislators aligned to Nelson Chamisa, the Thokozani Khupe led MDC-T is planning to recall suspected corrupt councillors.

A source close to developments in MDC says those targeted are councilors aligned to MDC Alliance leader Nelson Chamisa but corruption is just a decoy.

“While it is not MDCT’s policy to recall councillors who were controversially imposed onto the electorate by Chamisa and his henchmen, the MDC is going to make sure that all councillors aligned to Chamisa are recalled and corruption will be used as a bait to flush them out and face the law. In Harare alone, we have over ten councillors who the party wishes to probe before handing the same to ZACC for further investigations and possible prosecution.” said the source

He said Mwonzora’s camp was targeting all MDC run councils as a way of restoring sanity.

“They are going to leave no stone unturned in bringing all the culprits to book and restore sanity in all MDC run councils.”

“As you are aware we no longer have anything to do with Mwonzora and company. We are MDC led by Advocate Nelson Chamisa and nothing links us to the recall of councilors. We are touring all councils listening to what the people are saying. The movement is for the people not individuals, the movement was not created for positions but for the betterment of the people.

“So for Mr. Mwonzora to say we are recalling councilors it is greediness on his part, so as you are aware he was expelled from the MDC Alliance for his rebellious actions of working with Zanu PF and MDC-T which is not our party. We are MDC Alliance,” said Hlatywayo.

Hlatywayo said what Mwonzora and Zanu PF are doing is an abuse of power therefore it is against the people’s will.

Reports suggest that they will be charged with illegal allocation of wetlands and other open spaces in their respective wards.

We Were Abused In MDC Alliance: Komichi