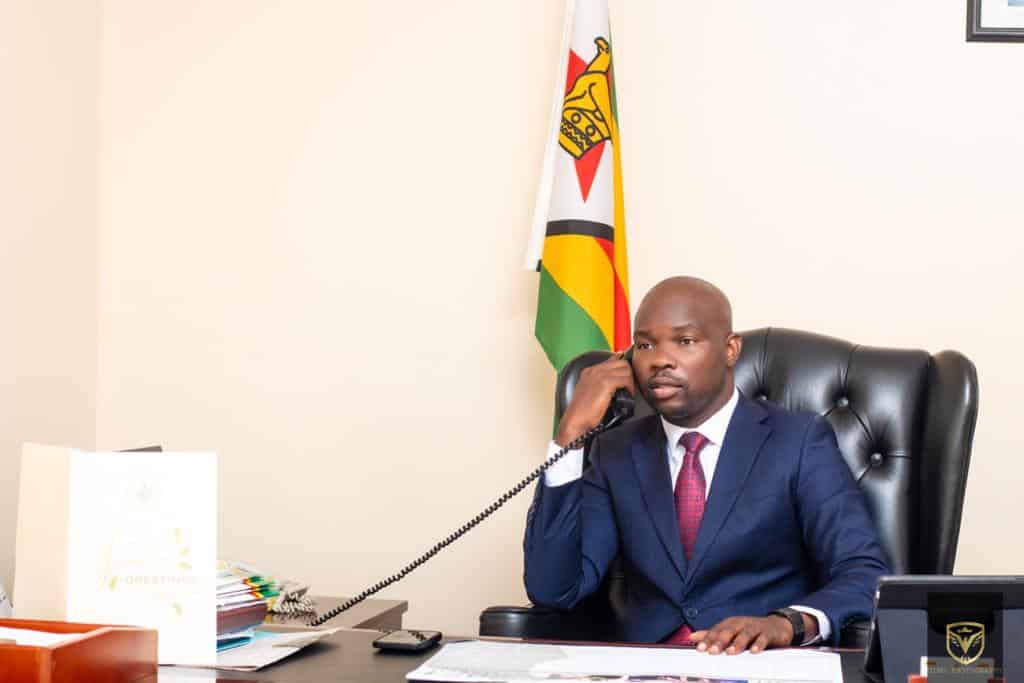 MUTARE- Deputy Sports minister Tionadaishe Machakaire has responded to the recent social media onslaught over his acquisition of a luxurious Rolls Royce Phantom, exonerating himself from allegations of ill-gotten wealth.

Machakaire has been under fire for acquiring a top-of-the-range Rolls Royce believed to be worth several hundreds of thousands of British Pounds with critics quick to cite the astonishing inequality gap between Zimbabwe’s poor and super-rich political elites.

With the Zimbabwe Revenue Authority duty on the vehicle, estimated in the region of U$275,000, the total bill could be around US$770,000.

Multiple sources have identified Machakaire as the owner of the expensive motor, who has since defended his rich taste as proceeds from a legitimate business operation.

Below is Machakaire’s response on the Facebook social media platform:

“I have seen with concern several stories making rounds on various social media platforms particularly Twitter. Ideally, I would have kept quiet and let time reveal all truths. However, I feel I owe it to you my constituents to set some records straight.

”First and foremost no respectful lawyer and or journalist conduct investigations or trials on social media. It solves and achieves nothing. I would have been impressed had they gone to the public with the results of a thoroughly researched investigation.

“Secondly, it is true, I do have the capacity to buy the car in question and more. In my entire life I have never applied for a Government tender or wish to have one. My business covers the whole of Southern Africa with Regional Contracts.

“Third, as I mentioned before no meaningful investigation was ever conducted on social media. If there are any queries or questions regarding my source of income, feel free to approach the relevant offices. It is a matter of public record that I have declared all my wealth to the government thus I have nothing to hide. I do not appreciate people taking liberties with my name and reputation.

“I have worked hard, day and night to get to where I am today. The possessions I have today we’re not acquired by waging keyboard wars and misleading the masses trying to gain a following. They were acquired by hard work and dedication. Those that know me, know that I have an open-door policy. I am more than willing to share the story of my success.

“In conclusion, let us not seek relevance by dragging others through the mud. Those in the justice system know that everyone is innocent until proven guilty by the courts of law. Let us use our huge followings on social media for the greater good for example making people aware of the danger that is COVID-19 and the importance of being vaccinated. We will go far as a country once we do that. COVID KILLS….STAY SAFE!!!!

Even other politicians like Norton Member of Parliament, Temba Mliswa went on Twitter to defend the youthful Minister.

“Dep Minister Machakaire is a businessman par excellence and is transparent, paying taxes and all. We should not rush to denigrate someone for their taste. As long everything is done above board. We should see and support more rich black people,” wrote Mliswa.