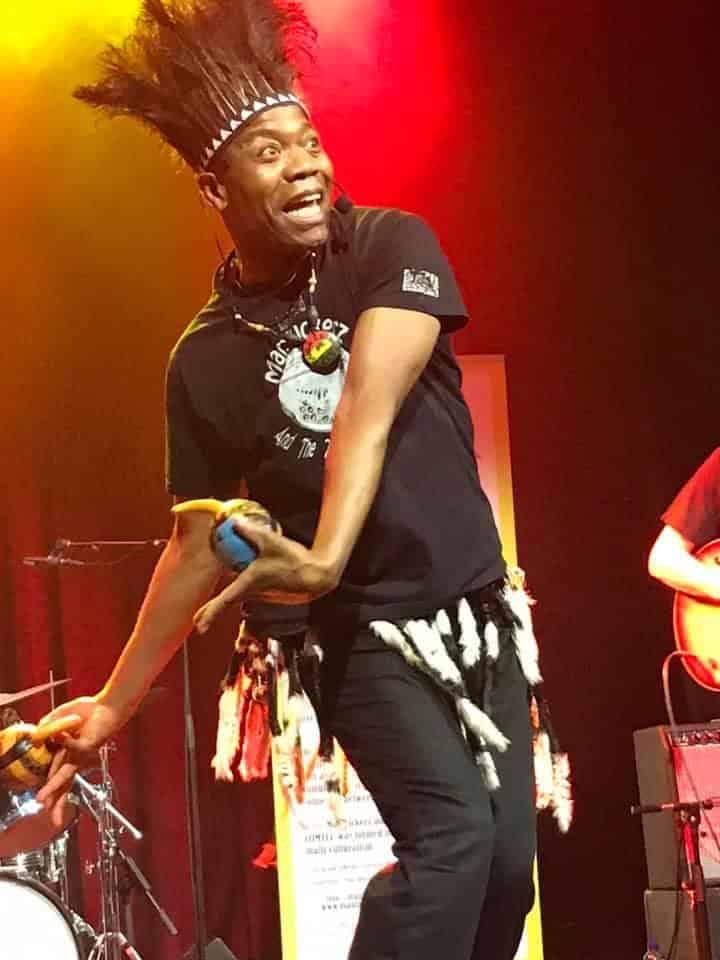 Traditional singer Manluckerz showed why he is probably the country’s finest export in Sweden with a top drawer performance that left the audience in awe over the weekend.

The show was staged in ReginaTearten Uppsala and can be found on Manluckerz’s official page.

Supported by the Zimbabwe Traditional Unity, Manluckerz who was in his trademark traditional attire was literally unstoppable fusing music and dance.

“I had a memorable show on Saturday, I felt good after our work. The guys played it well, good eye contact and team work, especially on stage management. We managed to share what were in our heart and am now released,” said the humble singer.

Amid the pomp and fanfare that characterized his performance, the singer took time to talk about the subject that is dear to his heart- collaborations.

“I was trying to tell the world that ManLuckerz and the Zim-Traitional Unity is after building up bridges between cultures and developing collaborations between different traditions,” he said.

Together with his band the Zimbabwe Traditional Unity, the energetic singer is known to capture the heart of many with his Shona lyrics.

To his credit, Manluckerz who is very fluent in English and Swedish has chosen to sing his songs in his native Shona language.

The Shona folklore songs are proving to be popular in Sweden thanks to the singer who has chosen not to forsake his roots.

The Shona folklore songs are proving to be popular in Sweden thanks to the singer who has chosen not to forsake his roots.

So dear is the African culture to the singer that he conducts dancing and cultural workshops on the continent’s tradition in Swedish schools.

For more than twenty-years Manluckerz has been one of the most consistent artistes who have kept the Zimbabwean flag high despite the challenges the country is facing.