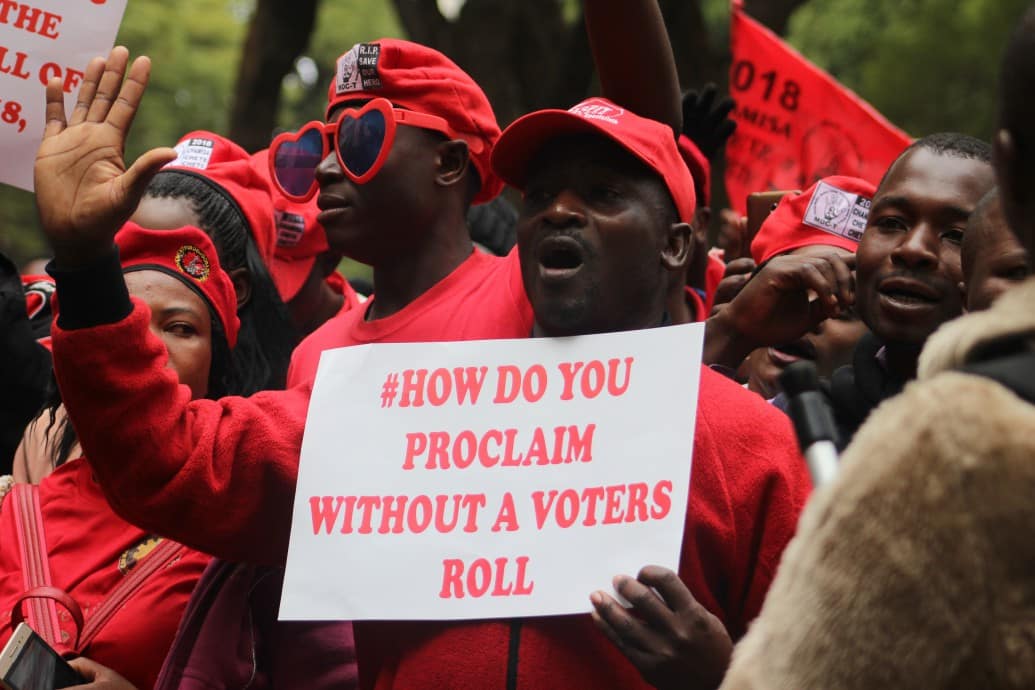 Today thousands of MDC Alliance supporters, led by their Presidential candidate, Nelson Chamisa marched to the Zimbabwe Electoral Commission (ZEC) offices to hand over a petition calling for electoral reforms ahead of the July 30 elections.

After the march, there was an address at the Africa Unity Square by various speakers. Below are quotes from the speakers.

“If (President Emmerson) Mnangagwa doesn’t allow for reforms, we will remove him, the (former President Robert) Mugabe way. We want reforms before the elections,” Amos Chibaya, MDC-T National Organising Secretary.

“If they (Zanu-PF and ZEC) try anything funny, we are going back in the streets. We are prepared to go all the way until victory is assured to the people of Zimbabwe,” Jacob Ngarivhume, Transform Zimbabwe International President.

“As the NPF, we are the one who started with the gospel that young leaders should take up leadership positions and today we are strongly behind President Chamisa. We are saying Chamisa should be in office come July 30,” Jealous Mawarire, National Patriotic Front Spokesperson.

“Chamisa will be in power come July. The reason why the MDC did not win the last election is because of military personnel. But right now, we have a level-headed General (Valerio Sibanda) and I know he will do the right thing,” Agrippa Mutambara, Zim People First Party President.

“There is a day when Mnangagwa opened his own bible and he said ‘The voice of the people is the voice of God’ but if he listens to the real bible he should listen to this voice which has spoken today,” Kudakwashe Bhasikiti, former Zanu-PF Cabinet Miniter.

“We saw the president address so-called students drawn from mainly Secondary Schools. He looks like a head boy at that rally. The academic sector is highly charged, we want students to choose their own leader freely and we do not want them to be intimidated by the crocodile (Mnangagwa’s moniker), Zimbabwe National Students’ Union Secretary-General Alistair Pfunye.

“If you look at all the past elections which have been conducted in this country, they have all been contested.  So we want this to be a free and fair election that will not be contested and it starts with these reforms we are calling for today,” Tendai Biti, People’s Democratic Party leader.