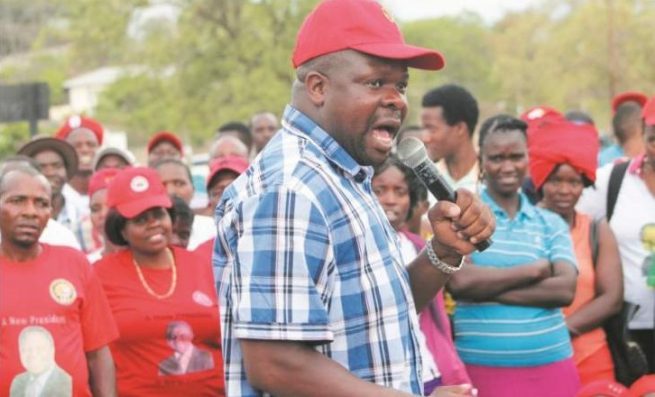 The opposition MDC has fumed over the postponement of ruling for Organising Secretary Amos Chibaya and his Deputy Sibusisiwe Masara saying the delay is nothing but ruling by law.

The two are being charged for failing to comply with a police prohibition order banning a protest in Harare last year.

MDC Secretary for Justice and Legal Affairs, Innocent Gonese in a statement said the delay means justice has been denied.

“The MDC is disappointed and dismayed by the postponement today, of the handing down of the ruling on the Exception to the charge filed by the lawyers for our two national leaders Hon. Amos Chibaya (Organising Secretary) and Hon. Sibusisiwe Masara (Deputy Organising Secretary) to Tuesday the 25th February 2020. As the famous legal cliché goes, JUSTICE DELAYED IS JUSTICE DENIED” said Gonese

He said the two are being wrongly charged for a non-existent crime under the Public Order and Security Act (Posa).

“Our two Honourable Members are being persecuted and have been wrongly charged for committing a non-existent crime. We have stated it before that The Public Order and Security Act (POSA) was a draconian piece of legislation which has no place in any civilized and democratic society.

“However, it is a tragedy that its demise witnessed the enactment of an even worse piece of Legislation in the Maintenance of Peace and Order Act. (MOPA)” he said

He said the Government instead of maintaining the rule of law they are ruling by law.

“The illegitimate regime has perfected the art of Ruling by Law instead of upholding the Rule of Law and in the instant case charging the conveners of a public demonstration which the Police unjustly prohibited at the eleventh hour with failure to stop the demonstration is the height of hypocrisy.

Gonese said the MDC desires a day that Zimbabwe will have professional Law Enforcement Agencies and that it will only happen when Chamisa becomes President.