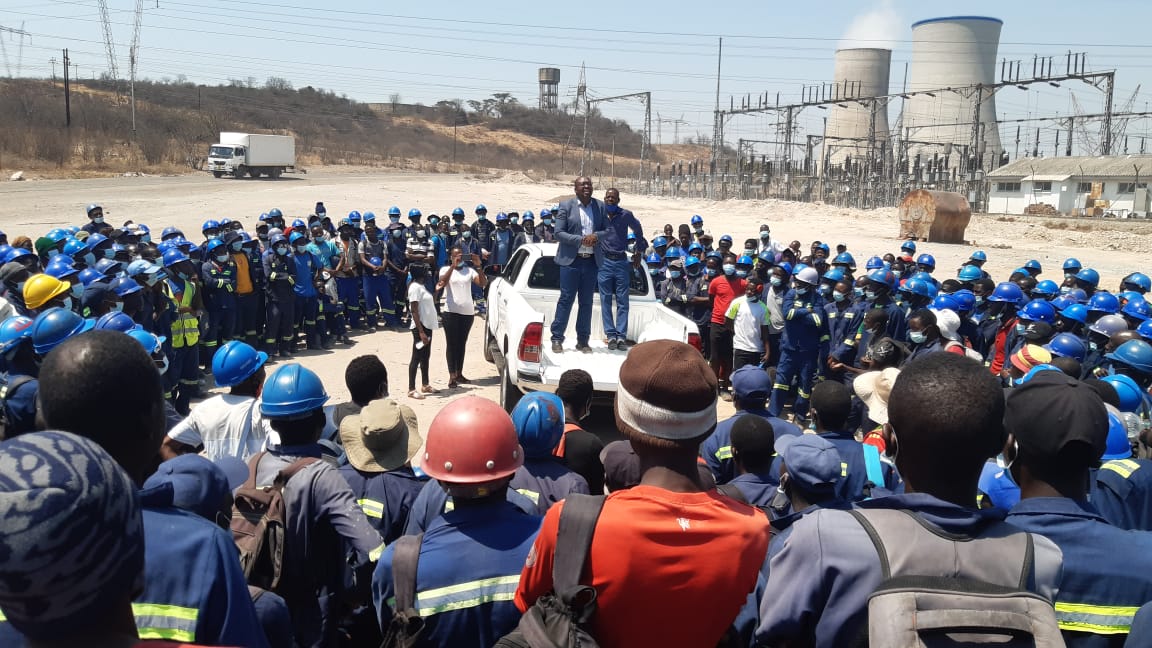 Synohydro Corporation was awarded a US$1,4 Billion contract by the government to expand Hwange thermal power station’s generation capacity by 50 percent.

The firm started construction of Hwange 7 and 8 units in 2019 after taking over from China Machinery and Engineering Company (CMEC) that had initially been awarded the tender.

The company employees who are currently on mass strike are accusing their employer of unfair labour practices and human rights violations.

Molokele who is the area legislator has since intervened and held consultation meeting with the striking workers before meeting the management to try and resolve the crisis.

“I am at the Whange power station expansion project site. The Syno Hydro workers are on mass strike. I have just had a consultation meeting with the striking workers. I am now part of the negotiations that are underway between the management and workers representatives,” said Molokele.

The current labour dispute between Sinohydro and its employees comes at a time when the power expansion project is already behind schedule, having been slowed down by the COVID-19 pandemic.