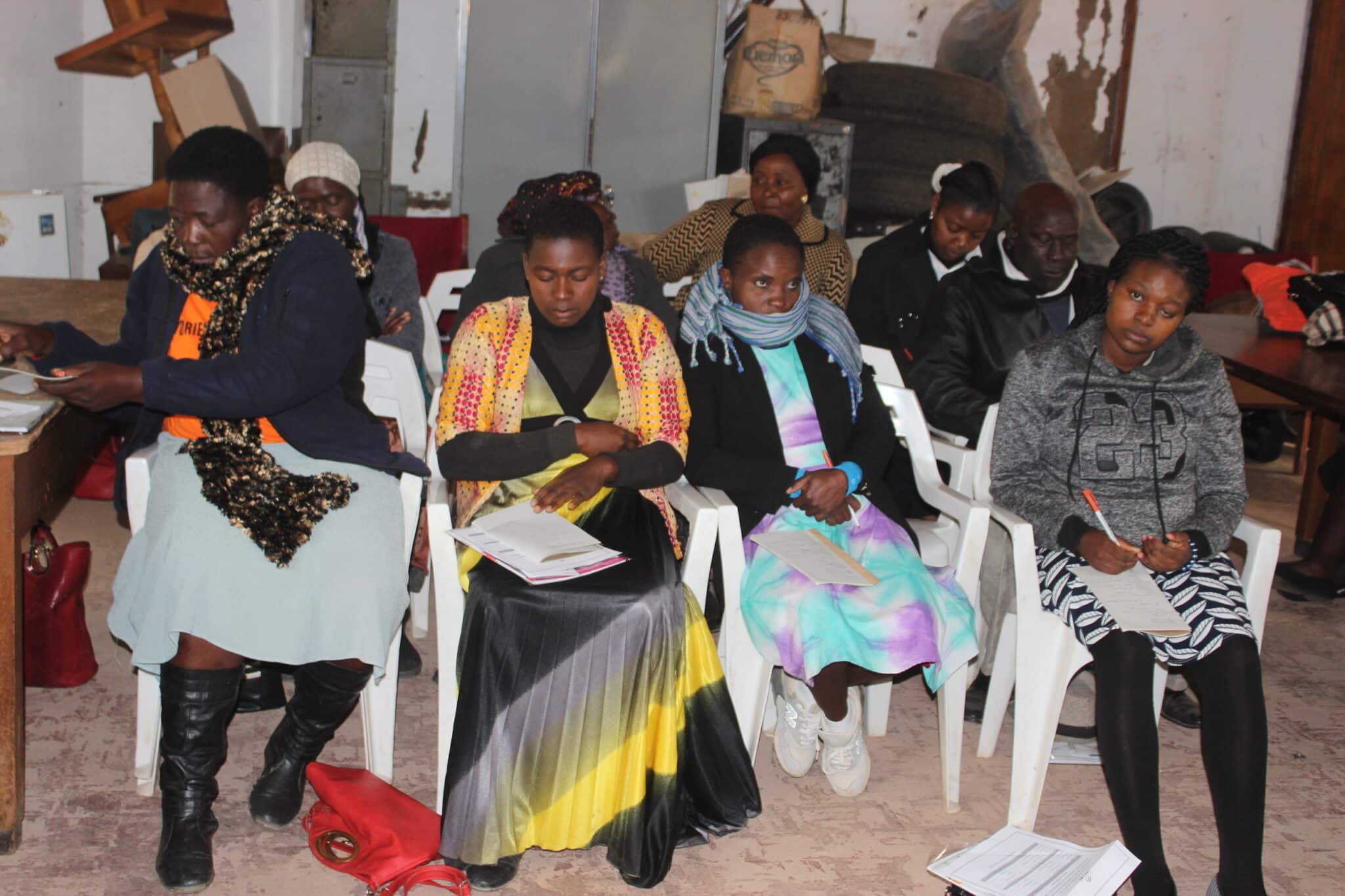 Seke Rural District women say they are not feeling the pinch of the cash crisis as they have ventured in entrepreneurship programs with the support of Self Help Development Foundation (SHDF), a local Non-Governmental Organisation.

Speaking to 263Chat on the sidelines of the SHDF review meeting held at the Seke District Offices yesterday, a number of  SHDF wards facilitators said they do not suffer from cash crisis through savings clubs (Mukando) within their community.

“As women, we are making a living out of savings and we refer it as ‘mukando’ we have a lot of cash at our homes and we don’t even know that there is a scarcity of cash in Zimbabwe.

“What we do is that as women, we save our money and share after six months, so we encourage each other to be self-sufficient, we really need to thank SHDF for encouraging us to practice mukando.

“We can now support our husbands with bus fares to go to work because they will not be able to go without cash,” said Muchaneta Mushonga ward 3 facilitators.

“In ward, 5 we have 127 groups of ten people who have been raised from the dust and we are no longer poor through mukando.

“We have a lot of cash at our homes and we don’t even know that there is a scarcity of cash within the country through mukando so we say thanks to SHDF for the support they give to us,” said Nyasha Kamutombiro from ward 5.

Hilda Silenje of ward 2 revealed that there is a lady who managed to buy cars through vegetable production in their ward and also mentioned that they do not suffer from cash crisis through their savings club.

Meanwhile, SHDF Communications and Business Development Officer Vongai Matonhodze said they have lined up a lot of projects to support in the area of community development particularly in rural areas with a direct focus on building women’s capacities to become economically self-reliant.

“l would like to say Self Help Development Foundations is now a better organisation in Seke Rural District since you are doing a great job for empowering women.

“l now request that when we go for elections all of you here should vote for ZANU PF and l don’t have to shy away from that because we really need your support.

“Through ED (President Emmerson Mnangagwa), donors will come with some money and give to NGOs so as to create employment in the country,” said Samunda.

Herentals In Search of Striker