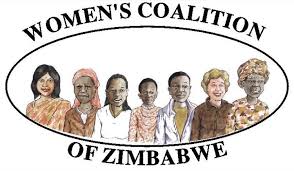 Women groups in Zimbabwe have threatened to name and shame members of media fraternity and the Zimbabwe Republic Police alleged to be part of Prophetic Healing and Deliverance Ministries (PHD) Prophet Walter Magaya’s bribery circuit.

The circuit is alleged to be used by the PHD Ministries leader to either interfere with evidence and not release any information that may incriminate the man of God.

Speaking during the WCOZ press conference in the capital today, Gender Media Connect Director Abigail Gamanya, said the coalition will name and shame the journalists who are on Magaya’s payroll.

“We appreciate the media for exposing the scandals that are alleged against Magaya, however there are journalists and members of the police said to be bribed to withhold information and interfering to prevent the Man of God to be brought to book, we are going to name and shame them if necessary so that we progress with this case,” said Gamanya.

“I was talking to one journalist outside and we were saying that until that happens to your daughter or mother then you will try to get him arrested but for now that it’s happening to someone’s daughter you can accept a bribe,” said Gamanya.

She added that the media has been one of the barriers to abused women coming out in the open because of the way it handles these sexual abuse allegations.

“We understand it’s just a reflection of the times in which we just have to do what has to be done to get money but we cannot tolerate that,” said Gamanya.

Executive Director of Musasa Project, Commissioner Netty Musanhu also added her voice on the issues saying they are considering to name and shame the culprits.

“There’s an emerging pattern going around of people being alleged to be on Magaya’s payroll and we are also considering naming and shaming the individuals being involved in the immoral behaviour,” said Musanhu.