‘Brace For The Worst As Zim Dollar Returns’ 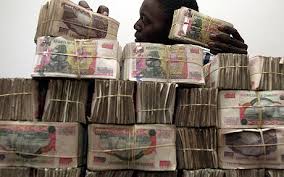 A local economist, Victor Bhoroma has urged Zimbabweans to brace for the worst following a recent move by government to re-introduce the local currency while outlawing the multi-currency regime.

Last week, Finance Minister Professor Mthuli Ncube ended the multi-currency regime introduced in 2009 to tame runaway inflation that had spilled into over a trillion percent, in a move that has received mixed feelings from Zimbabweans.

In his article titled, Recession, Zim Dollar return and Economic Outlook,  Bhoroma said the economy is evidently sliding into a recession.

“The June inflation figure will eclipse 100% to confirm the re-admission of the local economy into the recession mode for the first time since 2008.

“The World Bank points that the Zimbabwean economy is now in recession and will shrink by 3.1% in 2019,” said Bhoroma.

He further pointed out contributing factors to recession which includes visible loss of value of the local currency which has seen salaries of civil servants going below USD$80.

“The symptoms of a recession in Zimbabwe have mainly been visible on loss of value for the local currency which affects real incomes for labor and businesses. The Zimbabwean Dollar (Formerly RTGS Dollar) has lost more than 150% of its value since the interbank market was launched in February 2019. The average civil service salaries have gone below US $80.00 (using prevailing interbank rates) and below US $35.00 if the black market rates are used,” added Bhoroma.

He also spoke about company closures due to foreign currency crisis that has made it difficult for them to procure raw materials outside the country.

“The same applies for wages in the private sector and business earnings for local producers. Company closures have also started to creep in with massive industrial layoffs, though the major push factor there has been foreign currency shortages and power cuts. Industrial capacity utilization has declined to less than 40% and may end the year at about 35% if those two production factors are not addressed,” said Bhoroma.

OPINION: Its Now Evident, Zim Economy Is Sliding Into Recession

Is Dollarization The Solution To Zim’s Currency Crisis?