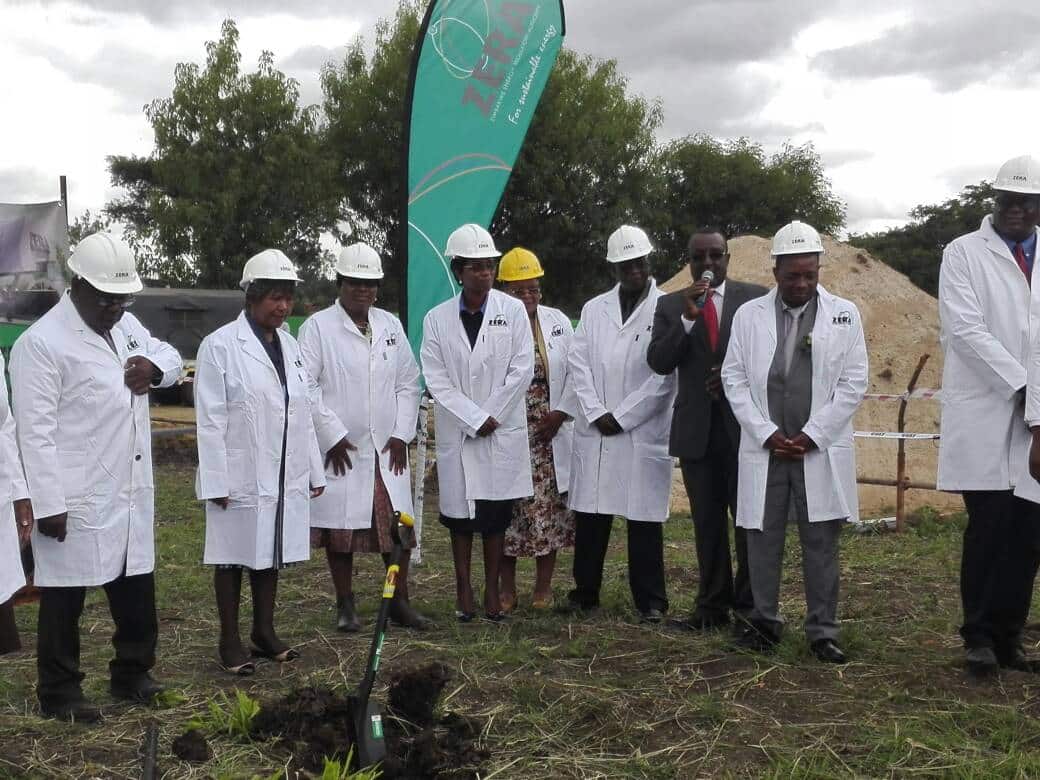 Ministry of Energy and Power Development will soon gazette a regulation on the use of solar water geysers as it moves to promote the uptake of renewable energy.

This was revealed by Permanent Secretary in the Energy ministry, Partson Mbiriri who was standing in for Minister Simon Khaya Moyo during the ground breaking ceremony for the construction of Zimbabwe Energy Regulatory Authority (ZERA) Head Office in Harare today.

“Indications on the ground are that consumers are ready to embrace solar geysers for water heating, as you might be aware electric geysers consume about 40% of electricity at household level. This power is being wasted as it is not being used productively hence the solar geysers initiative,” added Mbiriri.

The new ZERA offices are expected to create over 200 jobs during the 18 months construction period of their $13 million worth Head Office which they promised will stand as a model of energy efficiency structures in the country.

Mbiriri said the project has come at an opportune time when the new dispensation is achieving its target of creating jobs.

“This ZERA Head Office project is a $13 million investment which is set to create about 200 jobs directly and indirectly during the 18 months construction period,

“I am pleased to say this project is coming at a time when the new dispensation is achieving its target of creating jobs and more jobs for people. Such a project serves as an investor confidence booster to all potential investors in the energy sector and beyond,” said Mbiriri.

“The construction consists of a two storey building capable of housing about 90 staff, the building design expresses a contemporary aesthetic using local low maintenance material and will incorporate a solar rooftop PV,

“Being a green concept it will have a net zero emission and will have a 60 watt PV capacity on the roof, solar water heaters sufficient to heat 1,500 litres of water per day and the architecture takes advantage of the natural lighting,

“The water feature which resembles a hydro power plant will also serve as part of the cooling system of the building,” explained Magombo.

She added that the planned building will be an embodiment of energy efficiency serving as a public educator and reminder that it is possible to use energy efficiently for the benefit of the nation and as a climate mitigatory measure.