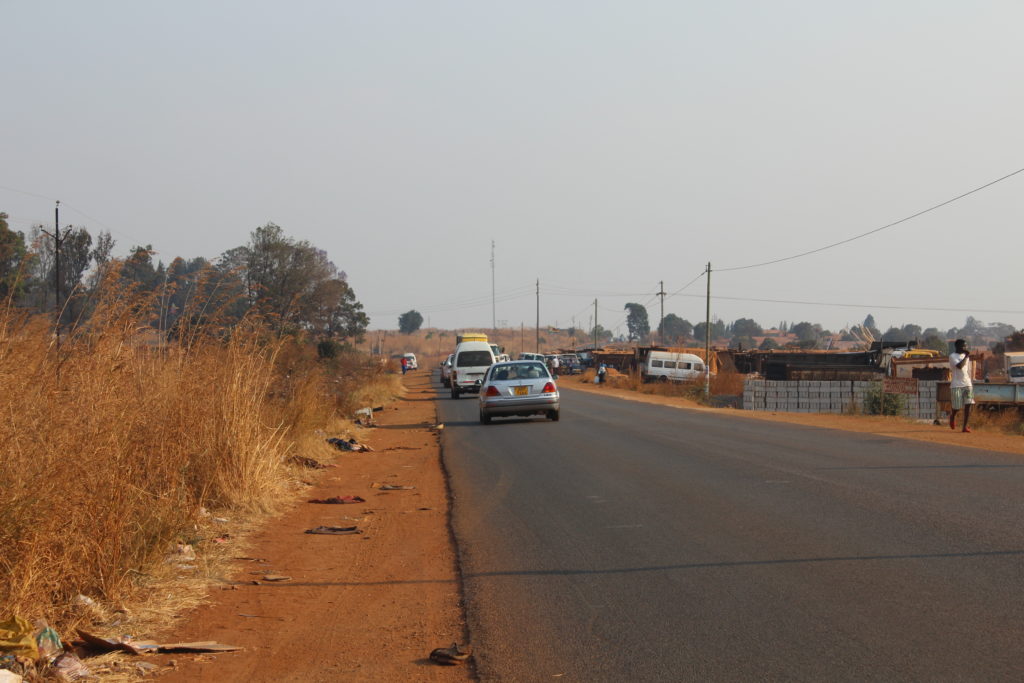 As one draws near Mungate and Chiroodza in Domboshava, a chain of astonishing houses appears. The houses replicate those special homes where memories are made. All day swimming, late night cookouts, sleepovers, cars in the driveway, bikes at the ready, sunny mornings filled with giggles, shady afternoons under a tree with a book.

The once scenic features associated with the communal area have already disappeared.

The deteriorating provision of housing units and a bloating housing backlog in the country’s major cities has seen multitudes of families relocating to peri-urban areas for settlement.

As the cost of residential stands hike in major cities land that was formally used for agricultural purposes is now being used for residential purposes.

There is concern over the conversion of farmland to urban uses faces most peri-urban areas that surround major cities.

Zimbabwe United Nations Development Assistance Framework 2012 – 2015 Report identified the provision of decent housing as one of the basic rights of all Zimbabweans.

According to the report, the current housing backlog of over 2 million people on waiting lists and limited budgetary resources has resulted in substandard housing, especially within cities.

The report also stipulates that during the coming years, Government will oversee the reaffirmation of human settlement development as a national priority.

He is just a replica of many Zimbabweans who are forced to settle in the peri-urban locations as efforts to secure a residential stand in the capital remain fruitless.

Mashizha tells 263Chat, “I have been trying to secure a stand for myself but all my efforts were fruitless, I have been on the waiting list since 2009 and up-to date I’m still on the list.”

Unprecedented population pressure has outpaced the rate at which infrastructure and housing can be provided, notwithstanding the range of government land delivery programmers, and a failure of executive capacity by government has resulted in a loss of public confidence.

Tendai Chakuvinga who also migrated to Domboshava puts it graphically when she said, “stands are very cheap in Domboshava as compared to Harare and the scramble for residential stands is extreme in major cities such that it is impossible for one to acquire a stand at a normal price,”

“The land you see used to be a jungle but with people coming in to reside here, it’s now something else, the cost of living is cheap and I think that’s why people from the cities are flooding our area,” said Murape.

Dr Innocent Chirisa, an international expert in Housing, Environmental Planning and Management, explained this growing phenomenon of people moving out of Harare to other cities.

“As cities grow old they begin to exhibit some challenges which we call ‘diseconomies’ and people tend to prefer fresher environments. Largely in Zimbabwe cities are controlled by bylaws and rural areas are less controlled, hence there is easy entrance in rural places like Domboshava than Harare.

“People are looking for cheaper things but still what to remain closer to cities,” said Dr Chirisa. “Peri urban areas have presented a relief to the growing population in Zimbabwe’s major cities.”