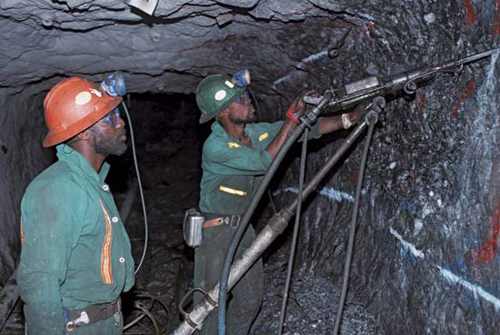 BULAWAYO- The eighth edition of an annual mining indaba which draws participants from mining communities, civic society and the  government kicked off in Bulawayo today.

Participants are meeting on the backdrop of major deals exceeding US$7 billion signed in gold, platinum, lithium, coal and diamond sectors, as the country pursues an ambitious middle upper income status with a $3500 per capita income by 2030.

Facilitated through the Transitional Stabilization Programme (TSP), success of the Vision 2030 is underpinned on mining, but face challenges of inadequate policies, lack of transparency and accountability as well as domination by foreign investors, organisers of the indaba said.

Zimbabwe is also facing a devastating famine with at least 5.5 million people declared food insecure according to the Zimbabwe Vulnerability Assessment Committee (ZIMVAC) with at least 70% of the population still living below the poverty datum line.

Zimbabwe Coalition on Debt and Development (ZIMCODD) programmes manager John Maketo said ZAMI has evolved from a national alternative space by cascading down to districts and provinces, providing an opportunity to reflect on the impact of extractives on communities.

He said this evolvement to grass-root communities has enabled the forging of strategic partnerships with stakeholders to build active citizenry.

“We have come to a point where citizens are afraid of taking a space due to labelling, we need to have developmental issues viewed as a such this will empower communities to actively participate, politics is a big stumbling block.

“Its seems like we are in a perpetual election mood where whatever happens someone sees a threat to his vote, we cannot lose a whole five years in an election mode, leaders must embrace residents of communities and address their need equally despite political persuasion,” said Maketo.

Maketo also appealed to the government to speedily review mining laws to resolve the farmer mining conflict over the use of land.

He bemoaned the legal framework which prioritize mining activities over other socio-economic activities despite agriculture being the mainstay of the economy.

“This is an appeal to legislators to relook at the legal framework as it still gives mining precedents over any other economic activities, but this should also be viewed that Zimbabwe is an agro-based economy, a primary feeder industry even to mining.”

“The conflict that exists between mining and other forms of livelihoods must be addressed by the legislative reforms to effectively reduce land use conflicts,” he said.

Zimbabwe Environment Law Association (ZELA) board chair and co-founder Professor Tamia Murombo said such platforms were strategic in building currency of critical national consciousness on the role of public officials.

Professor Murombo said the power lies with the people who vest their authority in elected representatives for a limited period to champion their needs and priorities.

“ZAMI is there to make citizens realize that we have power and we give authority to public officials on a limited basis to exercise authority on our behalf, it is the people that have the power. The mining indaba should grow to encompass international partners, because our mineral transcends our borders,” said Professor Murombo.

Child President and Environmental Child Rights Activist Mukudzei Madzivire in his keynote address said there was a need for active youth inclusion and participation in natural resources governance to spur inclusive economic development.

He said economic recovery will not gain traction if the youths are left lagging behind, as he called for meaningful involvement of youths and child friendly policies which curb child labour in the extractive industry.

“As Zimbabwe has forged on in the long journey to economic regeneration, it has become incumbent on all interested parties to remember the opinions of the youth.

“..the road to economic recovery is headed nowhere without the meaningful inclusion of youth, particularly in extractives industries.

“Child labour is a violation of a plethora of human rights, and it is an imperative that government and non-governmental organizations direct their combined efforts towards the resolution of this crime against humanity.

“Gold mining, salt mining and stone quarrying industries are amongst the key culprits in this matter, with Ghana, Burkina Faso, the Ivory Coast, Zambia and most recently in slowly increasing proportions, Zimbabwe,” said Madzivire