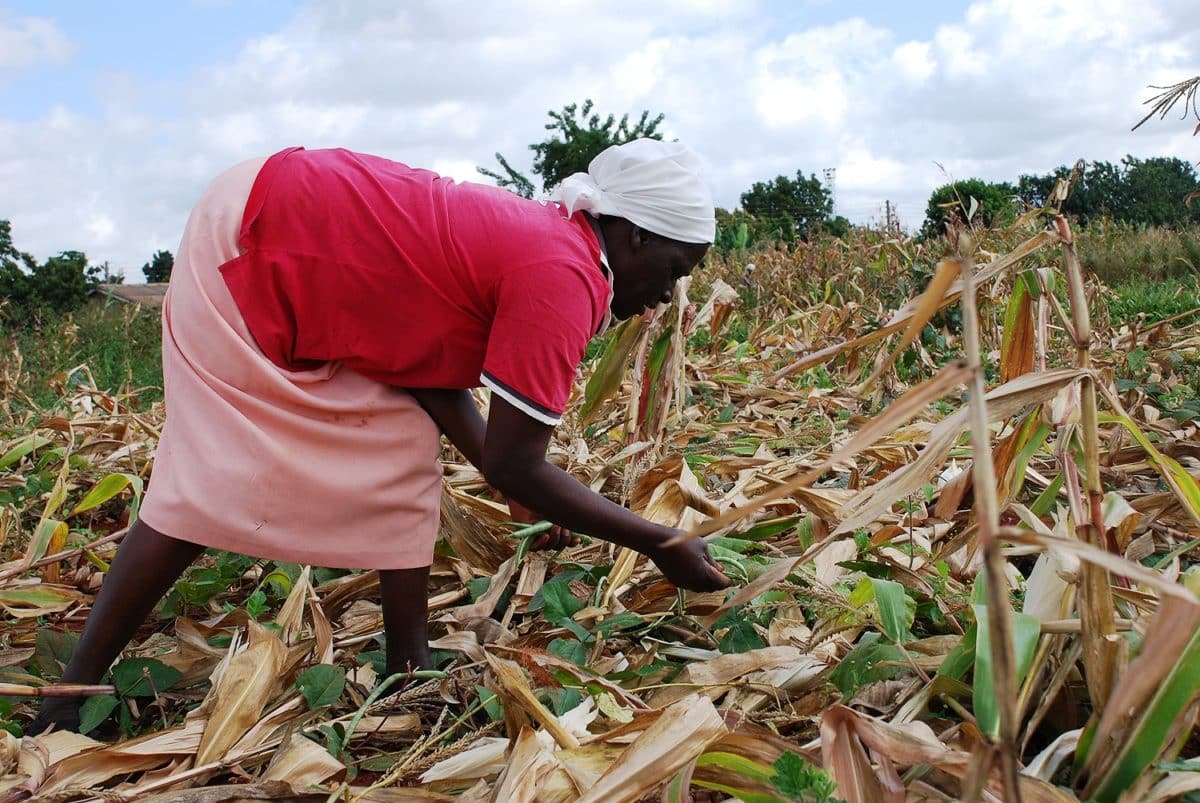 Agriculture plays a fundamental role in advancing the realization of food security in most countries and in Zimbabwe, just like any African country, women play a significant role in ensuring agricultural productivity and food security.

A policy brief recently produced by Southern Africa Parliamentary Support Trust on ‘Gender and Food Security in Zimbabwe’ reinforces the notion that women play a crucial part throughout the agricultural value chain – from production on the family farm, to food preparation and distribution within households.

“Women provide 70 percent of labour in the agricultural sector. They also account for about 2/3 of the people keeping livestock in their areas,” noted the brief.

Forlornly, most women in rural Zimbabwe and other parts of the country face different challenges as government and other stakeholders are habitually hesitant to support them, says gender activist, Garikai Mangongera.

“Despite their major contribution in ensuring agricultural productivity and food security, women farmers, especially those in rural areas still face challenges both socially and economically as their roles are not only largely ignored, but also undervalued,” he said.

Mangongera, who is also a media practitioner, adds that women farmers are forced to depend heavily on informal finance to uplift their lives.

“This reliance on informal finance implies that it is harder for them to access financial products such as insurance and long-term loans and this limits their financial options to make important investments and improve livelihood management strategies,” he said.

Mufaro Muchenge, a smallholder farmer in Chiteeri village in Buhera North district, said despite being the major force in the agricultural sector, women farmers in her rural community and other areas within and across the country are still confronted with gender and other issues like less access to insurance, loans, land and agri-assets.

Women rights activist, Anoziva Marindire, believes the only long-term solution to these challenges is simply capacitation.

“Women farmers simply need capacitation; they need access to insurance, loans, land and agri-assets to be able to fend for their families,” she said, adding that providing women farmers with agricultural insurance is extremely significant for removing abject poverty.

Marindire, however, believes the government needs to invest more in agriculture to capacitate women farmers to breathe life into the sector and fight climate change and its risks.

On the contrary, Lands, Agriculture, Water, Climate and Rural Resettlement minister, Hon. Chief Air Marshal Perrance Shiri said it is not the mandate of the government to compensate farmers who lose their crops, livestock or property to natural disasters and veld fires.

This, according to economist, Kudzai Manyanga, presents an opportunity for insurance companies to design products that secure farmers’ livelihoods.

“Insurance products, for example, could be customised to women’s livelihoods to increase their productivity and augment their incomes,” he said.

“Women farmers who have access to well-designed credit, savings and insurance services can avail themselves to finance the inputs, labour and equipment they need to generate income,” said Fletschner and Kenney, adding that broader access to insurance services provides opportunities for improving the agricultural output, food security, over and above economic vitality on entire communities and the nation at large.

Concurring, Insurance and Pension Commission Public Relation officer, Lloyd Gumbo, added that well-designed insurance products that enable women to adequately save, borrow and insure against unexpected shocks are indispensable in any endeavours to support women’s role as producers and enlarge the set of economic activities they can undertake.

He also said the Insurance and Pension Commission is conscientising people in both rural and urban areas about the importance of insuring their crops, livestock and agri-assets.

She also urged women farmers to come up with formalised groups so as to effectively leverage funding.

“Women farmers should develop a culture of savings through schemes such as accumulating savings and credit (mukando), but there is need for increased support for women farmers to have collective action in the form of groups that makes it easy for financing institutions, for instance, to extend lending,” she said.

Munyoro Katsi also urged policy makers to consider the limits women face in land and property rights which thwart their capacity for growth within the agricultural sector in the country.

As for Information Technology specialist, Stalyn Chingarandi, insurance companies should embrace mobile technologies to increase the uptake of insurance products amongst women farmers in the country.

EU Moves To Save Lives, Pour €90K for Cholera Fight

How Liquid Telecom Connected Africa from Cape to Cairo