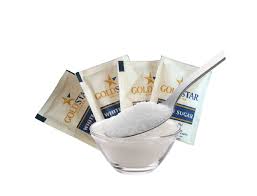 Despite a minor shutdown in August at its Goldstar Sugars Harare (GSSH) subsidiary due to erratic power supply, sugar sales still managed to trade higher than comparative period as supply to export markets significantly increased.

“Sugar sales volumes at Goldstar Sugars Harare (GSSH) were 7% higher than prior year comparative period due to improvement in export sales to South Africa, Botswana and Namibia,”

“Revenue for the quarter grew by 208% in inflation adjusted terms on the back of price adjustments that were driven by changes in key costs, export sales growth as well as deliberate skewing of the sales mix towards products with better margins as a way of hedging against inflation,” company Secretary Aldo Musemburi said in a statement.

However, at its sugar derivatives making unit- Country Choice Foods (CCF) sales fell 35 percent than comparative year as wheat shortages in the country affected the confectionaries segment across the market.

“Sales volumes for Country Choice Foods (CCF), which is mainly into sugar derivatives, were 35% lower than prior year comparative with the main contributors being the slowdown experienced in the confectionary industry as well as the decline in the currency’s purchasing power which led to the population channeling significant portions of their income to the very basic of food items,” Musemburi stressed.

Year on year, sugar sales for the nine months to December 2019 were 8% lower than prior year comparative.

The properties unit remained constant as the company sought to balance the need to increase yields through rental adjustments with that of keeping occupancy at reasonable levels.

However the company continues to pin its hopes on the export market for its sugar going forward, in light of the challenging operating environment.

“The remaining three months to the end of the reporting year are forecast to remain challenging but the company is confident of continuing on a profitable trajectory through widening exports market beyond the SADC region, stringent cost management as well as modifications to the current usage of the properties portfolio to increase occupancy,” the company said.

There is added hope that the current sugarcane plantations expansion taking place in the Lowveld under the Kilimanjaro Project will result in increased supply of raw sugar at competitive prices for both local and export requirements.