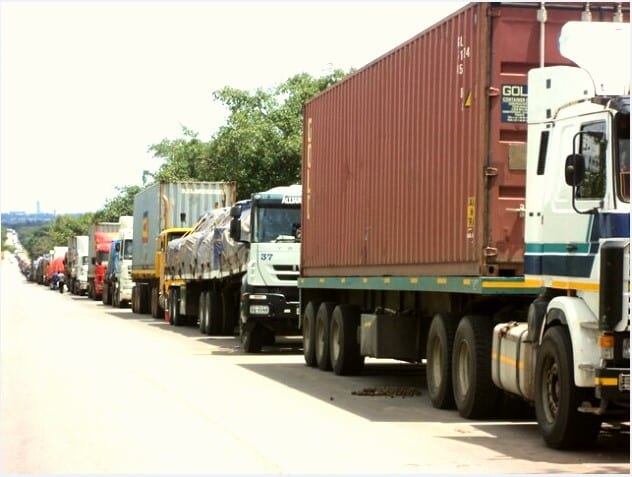 Zimbabwe set out an ambitious agenda to privatize over 15 of its loss-making and ailing State Entities and Parastatals (SEPs) in under 2 years. Privatization formed a vital cog in the success of the Transitional Stabilization Program (TSP), which is set to expire before the end of 2020.

The privatization roadmap has been characterized by predictable failures, policy summersaults, and bureaucracy and investor mystery to the dismay of the taxpayers.

Zimbabwe has a total of 107 SEPs (43 are wholly commercial entities) which currently contribute less than 2% of the country’s Gross Domestic Product (GDP).

In 1998, SEPs output accounted for over 40% of the country’s GDP and directly employed thousands of employees. However mounting debts, high levels of corruption and political interference in management operations have reduced most state entities to tax parasites.

An audit report from June 2017 showed that 38 state entities made losses totalling US$271 million in 1 year.

In July 2017, Cabinet approved the takeover of debt worth over US$1 billion for struggling State Entities such as Air Zimbabwe, ZiscoSteel, National Railways of Zimbabwe (NRZ), Civil Aviation Authority of Zimbabwe (CAAZ) and others as a strategy to clear off their balance sheets and lure investors. As of July 2018, SEPs owned the Zimbabwe Revenue Authority (ZIMRA) a combined US$491 million in tax arrears.

Privatization of state entities has dominated the country’s economic blueprints since the early 90s. There have been notable success stories along the way.

Similarly, the government sold off its major stake in ZimRe Holdings in 1999 and the company successfully unbundled to give birth to Fidelity Life and NICOZ Diamond.

After successfully saving the Bank of Credit and Commerce (Now CBZ Holdings) from collapse in 1991, the government sold off its majority stake in the bank in 1997.

The bank would later rebrand, diversify and grow to be the largest bank in Zimbabwe in terms of deposits and assets. The success stories of the privatization clearly show that private shareholders can easily turnaround ailing state entities and reduce the current burden on taxpayers.

Privatization is key to Zimbabwe’s economic prospects as it separates key economic functions (Legislation & Regulation, Ownership and Management) which are currently concentrated in government hands in most economic sectors.

The following are some of the missing pieces to Zimbabwe’s privatization roadmap.

The country’s foreign exchange regulations and inconsistent monetary policies have been a pain to most investors on the local market.

A number of foreign investors have significantly reduced their portfolios locally while others have divested totally. Multinational corporations operating in the country have found it difficult to repatriate dividends to their shareholders and to settle foreign obligations in the last 3 years.

To attract investment in-state entities, investors need guarantees that they will be able to repatriate their dividends through formal banking channels and exit the market (if necessary) without exchange control bottlenecks.

Zimbabwe needs free-market policies that allow free movement of capital in and out of the local market subject to local banking regulations.

The Zimbabwean government owns 23 mines with only three being operational at the moment. In 2018, the government received over 150 bids for the mines operating under the Zimbabwe Mining Development Corporation (ZMDC).

However, most of the bids could not be processed or qualified as the country has no updated geological data to inform the value of the mineral resources underground.

Poor investment into mining exploration over the past 20 years has made it difficult to establish the value of the over 40 commercially extractable minerals in the country.

Similarly, there is enormous red tape in the awarding of Explorative Prospecting Orders (EPOs) to private players. Lack of geological data is doing a disservice to Zimbabwe in terms of foreign investment considering the fact that over 60% of the investment enquiries in the country are targeted at the mining industry.

Treasury needs to allocate significant resources towards mining exploration in each budget, while more EPOs need to be signed for newly established strategic minerals such as Rare Earth Elements (REE) and Lithium among others.

Since independence, state entities have been plagued by political interference in their day to day operations. Corporate governance statutes are flouted to a level where some state entities do not provide audited results or block forensic audits while others directly provide funds/perks to parent ministries.

Tender procedures are often disregarded, tenders parcelled to underserving but connected suppliers and millions paid to shadowy suppliers that never deliver the goods.

Directorship positions on boards are not decided on merit but rather cronyism and corruption. Investors have often complained of excessive propensity to control by the government and being frustrated by politicians with vested interests or compete with state entities through their private businesses.

Some even demand huge sums of kickbacks from potential investors.

Political risk in most of the state entities earmarked for privatization is very high and policies often change with the change of leadership at parent ministries. Entities such as ZiscoSteel, National Railways of Zimbabwe (NRZ), Air Zimbabwe, ZUPCO, Industrial Development Corporation (IDC) and Zimbabwe Mining Development Corporation (ZMDC) have often failed due to excessive government control and political interference in their operational affairs.

For privatization to work, there is a need for political will to remove excessive government control, curb corruption and allow private investors to take up controlling stakes. Very few investors would be interested in having a minority stake in highly indebted assets where political and legal risks are rife.

Key institutions such as protection of investor property rights, contracts enforcement, free and open markets and rule of law are the bedrock of economic development globally.

Critically, investors assess government record on upholding these key institutions and base investment decisions on such records (not leadership rhetoric). Zimbabwe’s history is littered with a poor track record on upholding contracts and respecting property rights.

A clear example is the cancellation of the US$400 million tenders to recapitalize NRZ which was won by a joint bid from Diaspora Infrastructure Development Group (DIDG) and South Africa’s Transnet.

The tender was cancelled before any public inquiry into the project could be conducted, and despite the provision of regional bank guarantees to finance the project. Equally damaging are the politically connected farm invasions that still happen to this day.

The local economy has been very volatile and the constant change of government policies has only but entrenched a sense that Zimbabwe is not yet prepared to wean off its loss-making state entities.

Privatization has remained more of rhetoric with the limited political will to see a turnaround in the affairs of state-owned enterprises.

Political goals have become a priority at the expense of the efficient running of SEPs for the benefit of the nation. It is imperative to point that capital has the same rules globally and investors look at markets where they can be able to repatriate their capital without overregulation or policy discord from the host government.

There have been limited quality investment enquiries on the assets to be privatized in Zimbabwe due to known political, legal and economic risks. Investors envisage an investment environment where their property is protected by rule of law (through independent courts) and not by political interests as those can shift overnight.