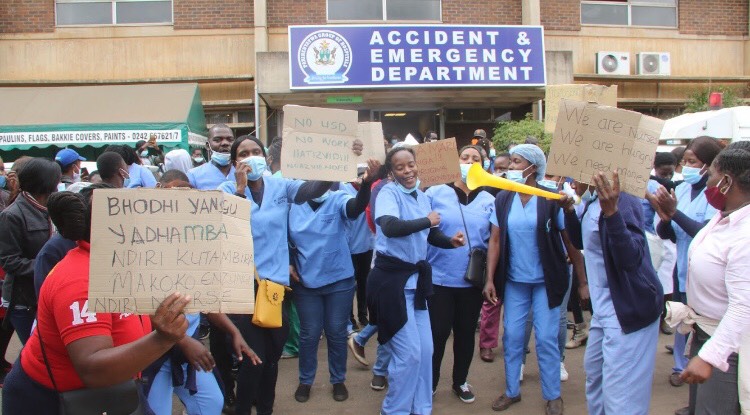 Zimbabwe Nurses Association (ZINA) has demanded inclusion in the formulation and implementation of government policies following their omission in the previous Transitional Stabilisation Programme (TSP) launched in October 2018.

“Regarding the TSP,we were not consulted, we just saw it after the finance minister had announced it and that posed a big challenge. During that period we also realized the erosion of our salaries as nurses from the 1st of October 2018 leading to great incapacitation” said Dongo while addressing stakeholders attending the National Policy Dialogue organised by Zimbabwe Coalition on Debt and Development (ZIMCODD) in Harare yesterday.

“As a result we view the TSP as a programme that was designed to make the nurses poorer from day to day,” he added.

Dongo appealed to government to consult and involve everyone in the formulation of the 2021-2025 National Development Strategy (NDS) as well as adhering to the 15% health funding requirement.

The National Development Strategy (NDS) is a programme designed by the government to bolster infrastructure projects deemed crucial for the attainment of an upper middle income status by 2030.

Dongo also delved into the ongoing strike by nurses saying it was their last resort after dialogue with government failed.

“The industrial action by the health workers is not out of willingness because that is the last resort, what we need is a dialogue with the government and I think it starts by them consulting the health works, involving them in implementation of the programme,” he added.