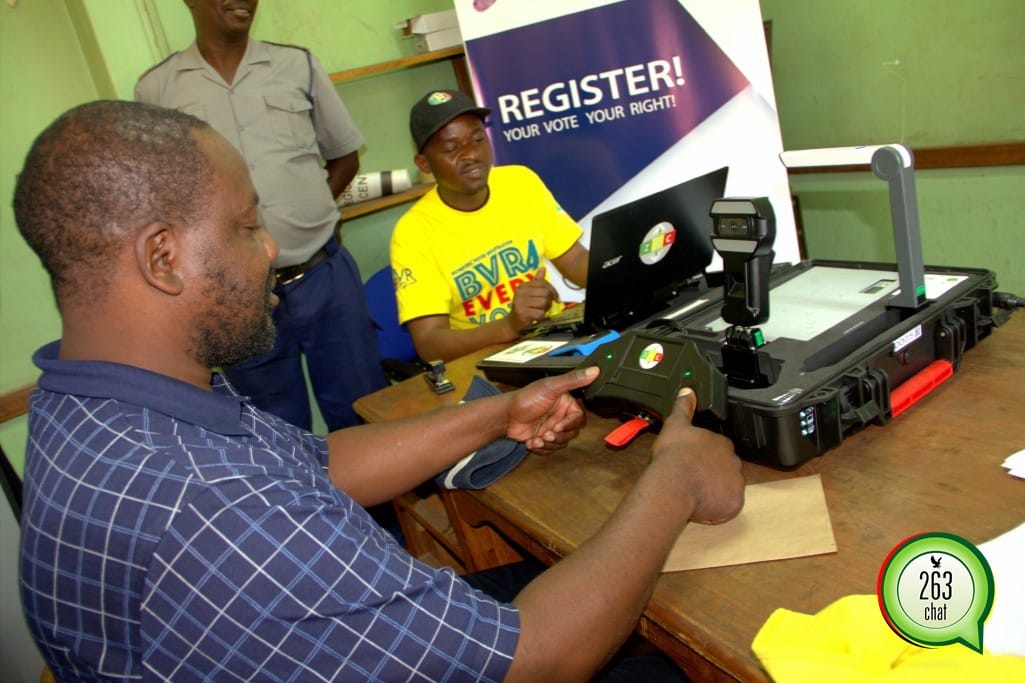 The biometric voter registration exercise has kicked off at 63 centres countrywide amid concerns that the process is taking longer than expected.

When 263Chat visited one of the centres at Rememberance Complex in Mbare, Harare at around lunch time, only 22 people had registered with some alleging that it took them more than an hour to go through the process of having their details entered in new voters register.

In an interview with 263Chat, scores of people who were at the registration centre noted that the process is taking longer than the promised four minutes per registrant that was assured by the ZEC during various stakeholder engagements.

“We have been here since morning; I came around 8 am but only got served twos hour later. The process is very slow, I had asked for just one hour from work to be allowed to register since I was told the process takes a few minutes.

“There is need for more kits especially here in Harare where we have a large number of the population and at this rate, we might just have 30 people being able to register which isn’t good,” said Michael Mhaka, a Greendale resident.

He added that Zimbabwe Electoral Commission needs to increase the number of kits especially at ward level so that people can have easy access to registration centres.

“The process is ok but there is need to speed it up because right now there are just a few people who have come but they are taking long, imagine a situation where we have more than 500 people waiting to be served, that will create chaotic scenes, so there must be a sense of urgency,” said Trust Mujaka who was one of the first people to register.

Another early registered voter only identified as Tinashe condemned the slow process saying it is not good considering that the process is just starting.

“This is a false start to the process and it’s not an ideal one because people will lose confidence in the process. ZEC needs to redeem itself as soon as possible by increasing the number of kits or else, people won’t come fearing to stay long in queues,” said Tinashe.

The exercise is a precursor to the massive voter registration blitz set next month.

To date, ZEC has received 400 kits to train technicians as well as use for the fore-running exercise.

ZEC is targeting to register 7 million people on the new voters roll the before next general elections set for next year.

According to electoral watchdog, Election Resource Centre (ERC) some polling stations such as Remembrance Complex in Harare opened on time while others opened late with Gain Supermarket in Lupane and Masvingo District Administrator’s Office opened at 09:00 and 10:00 hours respectively.

ERC further noted that some registration centers are either too far from the citizens they are supposed to serve.

“Of note is the registration Centre for Sanyati in Mashonaland West province, which is located in Kadoma (more than 70 km).

“It is estimated that a voter will use USD5 for a trip from Sanyati Growth Point to Kadoma and and extra USD1 for a Commissioner of Oaths, in the event of failure to produce proof of residence,” noted ERC in a statement released on Monday.