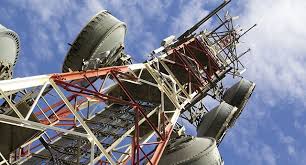 Capital expenditure was subdued in the telecommunications sector during second quarter (Q2) of 2019 as service providers suffered a tougher operating environment comparable to the previous quarter, the latest report by the regulator, Postal and Telecommunication Regulatory Authority of Zimbabwe (POTRAZ) revealed.

A cocktail of macro-economic factors that include currency changes, liquidity challenges and inflation led to increased operating costs prompting companies to spend less on improving their asset base.

During the period, the sector saw only 12 base stations being deployed from 88 that were set up in previous quarter.

“Investment is cyclical. The huge decline in capital expenditure maybe attributed to the transition from the multi-currency system as well as the credit crunch,” POTRAZ, director general Dr Gift Machengete said.

The 12 base station infrastructure were distributed as four under two generation (2G) network , one under 3G network and seven under Long Term Evolution network.

The sector is set to invest in internet and data infrastructure as broadband is taking over as a key revenue driver going forward, the regulator said.

However, POTRAZ has rolled out 20 shared base stations that are expected the improve network coverage across the country in line with sector policy of shared infrastructure.

The report highlighted that overall revenues grew, outstripping the growth in operating expenses across all sub-sectors.

“Growth in revenue is attributable to the review of tariffs as well as the transition to a mono-currency economy. Foreign currency earned revenues are now subjected to conversion at official exchange rate,” Machengete added.

Analysts say telecommunications companies are making revenue from the SMSs forwarded to customers at every digital transaction made.