ZCDC Board Resignation A Tip Of The Iceberg 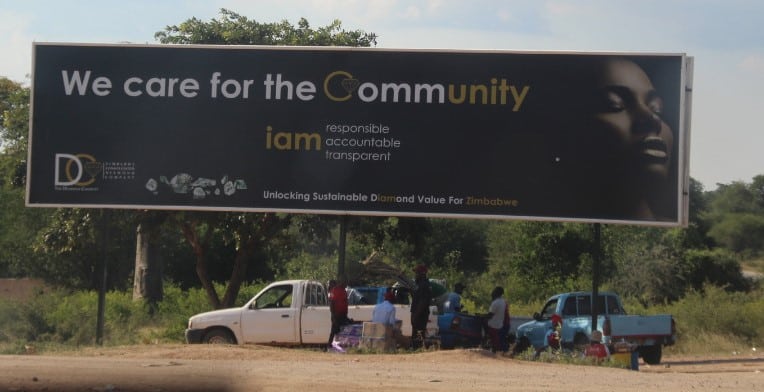 The board, led by Engineer Ukama is allegedly livid that while Zimbabwe has lost billions in revenue from diamonds, government intends to partition Chiadzwa diamond fields to a coterie of companies according to impeccable sources privy to this development.

ZCDC’s Special Grant 6026 measuring 790 000 hectares has been subdivided by government into smaller concessions and parceled to government cronies for exploration. These little known mining entities have signed non-disclosure agreements with ZCDC.

Anjin controversially resumed operations in February this year in ZCDC’s rich Portal B concession following a directive from the Mines and Mining Development Minister Winston Chitando.

This protest resignation was not only against a unilateral decision by the Ministry on Anjin, which the source said signaled the beginning of ‘a scramble for Chiadzwa diamonds’, with twelve companies lining up to be awarded licenses.

“This resignation of the ZCDC board members over the parceling out of Portal B in Marange to Chinese Anjin, is only the tip of an iceberg of what is really transpiring in Chiadzwa.

“What we are seeing is another scramble for Marange as 12 companies who are already lined up, some of them purporting to be representing the community, but rest assured the top chefs are the ones behind them,” said the source.

Adding that, “They were going to sabotage ZCDC so that they justify bringing investors, the list has already been drawn up”

Eng. Ukama declined to comment on the board resignation, instead referred all questions to the Mines and Mining Development Ministry.

Other members of the board were Ellah Muchemwa, Elizabeth Nerwande Chibanda, Zenzo Nsimbi, Esau Chiadzwa, Alexander Mukwekwezeke and Niya Mtombeni.

“I cannot comment on that issue because the appointment of boards is the prerogative of the ministry through the minister,” Ukama said.

Mines and Mining Development Minister Winston Chitando did not respond to whether the resignation of the board relates to the awarding of mining concession to the Chinese firm as well as the secretive NDA agreements.

Chitando requested questions in writing which were forwarded to him but he had not responded.

The resignation of the ZCDC board seem to authenticate research findings by a local civic society organization Centre for Research and Development (CRD) which  highlighted that there was  political interference by government in the awarding of mining concessions to investors meant to  partners ZCDC.

CRD director James Mupfumi questioned the logic behind awarding mining concessions to nonentities when ZCDC can directly link with credible investors to exploit diamonds in a transparent manner for the good of the country.

“Why government dishing out concessions to “middlemen” investors instead of linking ZCDC to renowned partners in diamond mining?” Mupfumi questioned.

Mupfumi said government has a constitutional obligation to follow due diligence processes such as ascertaining financial capacity of prospective investors and ensure that their beneficial ownership is publicly known to counter illicit financial flows whilst protecting environmental economic social cultural rights of citizens.

“Parliament must not stand aloof always. It must summon investors to ascertain their capacity in diamond mining to avoid another diamond plunder by political elites,” Mupfumi said.

A Parliamentary Portfolio Committee on Mines chaired by the late Chindori Chininga in 2013 unearthed illicit dealings in Marange diamonds with companies linked to top politicians whose beneficial ownership could not be ascertained.