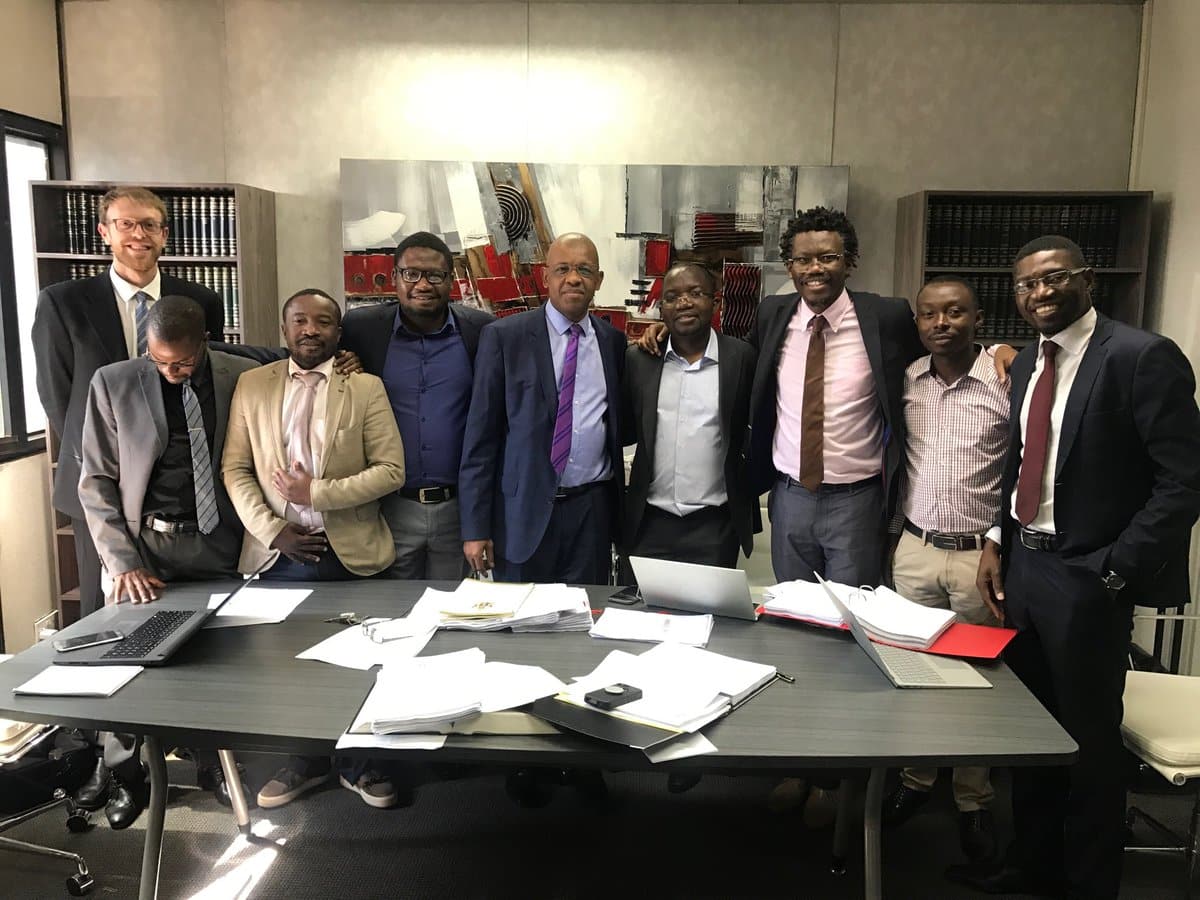 MDC Alliance Presidential Candidate, Nelson Chamisa’s legal team, has landed in the country this afternoon in preparation for the 2018 presidential election Constitutional Court challenge set for hearing on Wednesday the 22nd of  August.

Chamisa is challenging the July 30 2018 presidential election results in which the Zanu PF candidate, Emmerson Mnangagwa was declared the winner by the election management body, Zimbabwe Electoral Commission (ZEC).

“The situation right now in Harare,” Advocate Dali Mpofu posted his photo on his micro blog Twitter in the  company of counsel leader Advocate Thabani Mpofu. He added: “Zimbabwe Hot preparations for the hearing next Wednesday 22 August 2018”, .

Chamisa’s spokesperson Dr Nukululeko Sibanda confirmed that the legal personnel led by  Dali  Mpofu is  in the capital and is seized with court preparations .

Chamisa alleges that there are a number of irregularities among them mathematical errors that at some occasions robbed him votes meant for him.

Zec has  since responded to Chamisa’s court challenge denying wrong doing, but acknowledged that errors might have occurred but at a very minimal scale that cannot influence the declaration of the incumbent as a winner even if the anomalies are attended to.

Zimbabwe is headed for a historic case with a close monitoring on  the Constitutional Court by the international community who have so far emphasized on the autonomous conduct of the judiciary system.

The international community, churches and human rights groups have lobbied for transparency on the case, with a call for a live broadcast of the court proceedings growing each day from the electorate.

MDC Secretary General Douglas Mwonzora, who attended the pre-trial meeting yesterday, tipped that a  live broadcast of the court challenge is  possible.

“Attended the case management meeting in the Constitutional Court relating to the presidential election. Glad that the matter will be heard on the 22nd of August. There is a possibility that it may be streamed live,” said Mwonzora.

MDC has been contesting election outcome since 2002 with the leading opposition party accusing the ruling government of electoral fraud albeit with no success.

However, it remains the court’s jurisdiction to give a verdict next week with the applicant saying he is in possession of evidence set to be presented to the court.

VISET’s Full Statement on the Evictions of Gweru Street Vendors

Windfall For Mwonzora’s MDC-T Ahead of By-Elections