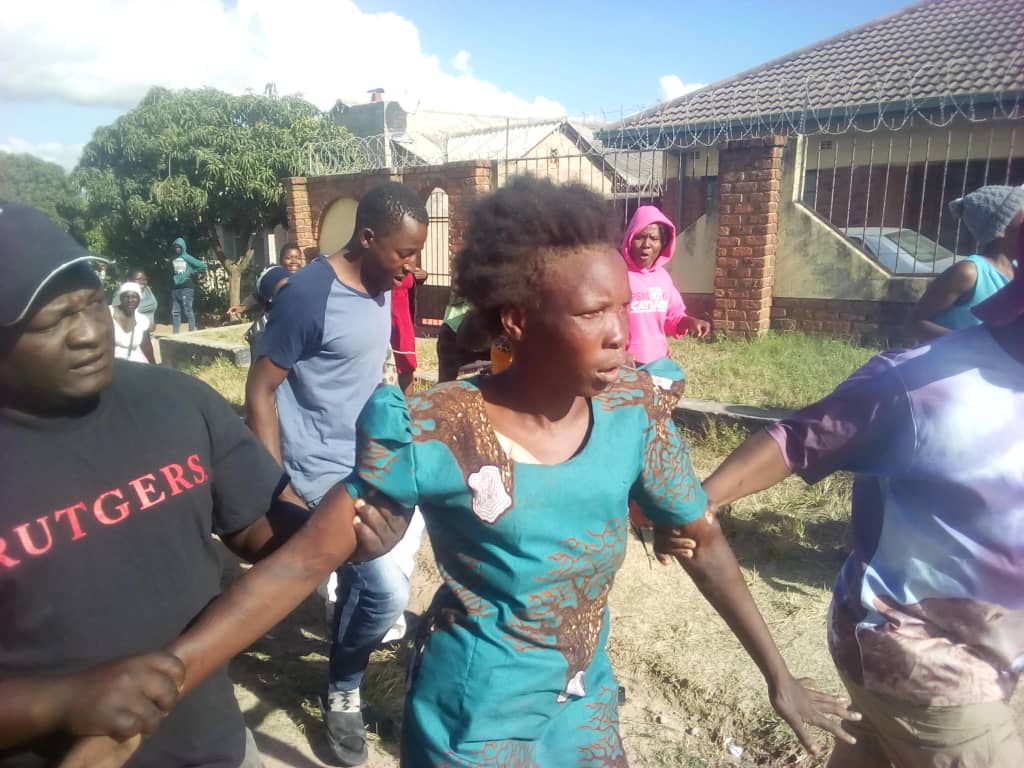 MUTARE– A suspected child kidnapper, who disguised herself as a member of the religious apostolic sect was yesterday nabbed in Dangamvura high density suburb by members of the public after a foiled kidnapping attempt.

Enraged members of the public meted out instant justice to the lady only identified as Melody.

Manicaland police spokesperson, Inspector Luxon Chananda confirmed this incident and said investigations are in progress to ascertain the identity of the woman, who appeared to be insane.

The suspect allegedly kidnapped a two-year-old boy and hid the toddler in her church garments before, the mother Ms Shylet Mudengerezwa (20) shouted for help.

Members of the public joined in the chase that occurred in maize fields in the Nyamauru section of Dangamvura, Wednesday morning and dragged the suspect to police custody.

The suspect was only identified as Melody and is believed to be a resident of Area 13 of Dangamvura took to her heels after the child’s mother spotted her with the baby.

After seeing that the public was closing in on her, the suspect started acting like a mental patient in a bid to attract sympathy, she was subsequently arrested and the baby was taken into the custody of her mother.

The suspect was detained at Dangamvura Police Station and is expected to appear in court soon.