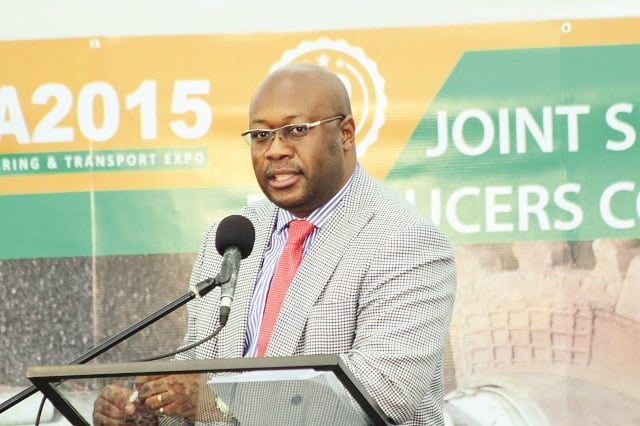 Minister of Mines and Mineral Development Winston Chitando shocked stakeholders attending a parliamentary meeting review of mines and mining development legislation and policies after professing ignorance on the Extractive Industries Transparency Initiative (EITI), which civic society is pushing to curb rampant leakages and boost investor confidence in the sector.

The meeting was organised by the Parliamentary Portfolio Committee on Mines and Mineral Development to review legislation and policies governing the mining industry and was attended by various stakeholders including civil society and mining communities.

Responding to a question from the Zimbabwe Environmental Law Association (ZELA) director Mutuso Dhliwayo on progress government made in the adoption of EITI, Chitando said he did not know about it.

Ironically, the top executive of EITI board visited Zimbabwe early this year to assess preparedness towards domesticating the initiative and interacted with government officials including Chitando.

Chitando was called to order by the Speaker of Parliament Advocate Jacob Mudenda accusing him of sending conflicting messages, as the 2020 national budget statement presented by the Ministry of Finance acknowledged the prudence of joining EITI.

“We don’t want government to be giving conflicting positions. Our Minister of Finance announced in the 2020 national budget statement… he said the country was ready to join…as a way of enhancing transparency and curbing corruption activities in the sector that may deter investment,” said Mudenda.

Chitando then quickly made a climb down indicating that he had in actual fact even met with the EITI board, but went on to characterize the transparency initiative as a difficult concept to adopt locally.

He said while he knew the EITI there was need for all stakeholders, including Chamber of Mines, Miners Federations, civic society players and government to have a comprehensive understanding of the process.

“EITI is a big beast, it’s a big animal let’s have a proper roll out on the implementation which needs a proper comprehensive overview and study by all stakeholders to say what does EITI say, how is it implemented.

“I had said I don’t know what EITI is but I know what it is, but we need an overview by all stakeholders. All stakeholder will need to have a structured way on the development and roll out of EITI,” he said.

ZELA deputy director Shamiso Mutisi said the remarks and attitude displayed by Minister Chitando does not bode well with the thrust of civic society seeking to promote a transparent and accountable extractive sector.

Mutisi said this resistance of transparency and accountability in the mining sector, which appears systemic, has a legacy in the Ministry as previous efforts to domesticate the EITI failed to bear fruit.

Mutisi said previous futile efforts to domesticate the initiative under the Zimbabwe Mining Revenue Transparency Initiative faced resistance from the same ministry during the Government of National Unity (GNU).

He however said recommendation by Speaker of Parliament, for the Mines and Finance ministry to jointly asses the initiative, was a key action point which gives confidence that the august house is keen to promote EITI.

On the futile ZMRTI, Mutisi contended that those efforts despite failing, can provide source documents, provide a building block towards a comprehensive study and multi stakeholder engagement.

“That statement does not bode well for what we are pushing. It’s an admission that there is need to understand better what the EITI is all about, what advantages it comes with and what are some of the pitfalls.

“It also indicates that there is some sort of resistance from the Ministry of Mines but we are at least happy that he said the next course of action is a comprehensive study of how Zimbabwe can better understand the EITI or even apply if they chose to go for it.

“That recommendation from the Speaker that the two ministries should meet and discuss and report back to parliament is a key action point, it shows that Parliament is keen to promote EITI or encouraging the country to adopt it,” said Mutisi.

The EITI is an international, multi stakeholder initiative that promotes transparency and accountability in the oil, gas and mining sectors through the disclosure of government and company data in resource-rich countries.