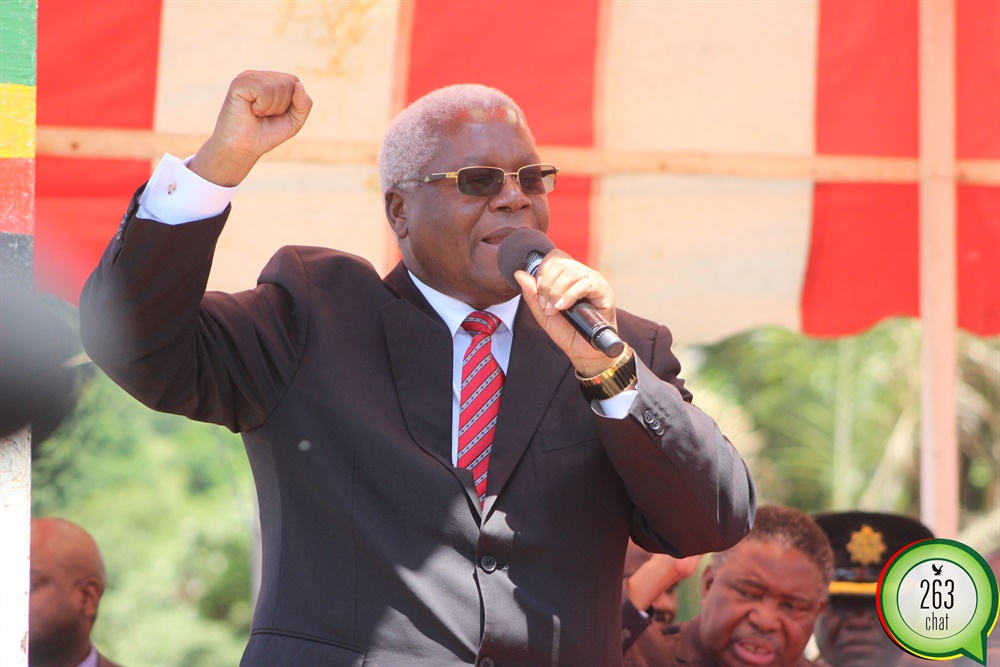 Share
Former Home Affairs minister, Ignatius Chombo has dragged the National Prosecuting Authority (NPA) together with three other defendants to the High Court seeking a mandamus to compel them to release his passport which was unlawfully confiscated by a ‘state security’ agent.
Through his lawyer Lovemore Madhuku, former cabinet minister has filed an agent chamber application citing the NPA, two Harare magistrates , Barbra Mateko and Lazini Ncube and the clerk at Harare magistrates court as respondents.
Th application was made  in terms of section 164(3) of the Constitution of Zimbabwe, 2013, for a mandamus to compel  the clerk of court to obey an order of court.

They made the application on the basis that on May 10 and at the magistrates court, Mateko issued an order temporarily varying the bail conditions for Chombo by allowing him possession of his passport up to 21 June, 2019 to enable him to travel to South Africa for medical purposes.
The passport was released as per the court order and on May 12 at Robert Mugabe International Airport, while Chombo had completed all departure formalities and ready to board his flight to South Africa, an unknown state agent took his passport for what he described as “security checks” and vanished with it.
Chombo however did not make it to travel for his medical checkups together with his family after the alleged state agent did not return with  the passport.
He said, in his application that  this caused serious inconveniences to the airline, other passengers, his doctors in South Africa as well as his family.
The application also states that the passport that had been unlawfully taken away from him by the state agent, was accepted by the clerk of court in very unclear circumstances and it is still in their custody and they have refused to release it.
He however took the step to approach High Court after magistrate Ncube had dismissed his mandamus application to compel the clerk of court to release the passport but he, magistrate Ncube trashed the application on the basis that the magistrates court had no jurisdiction to do so.

May Our Liberation Hero Find Peace In His Rest