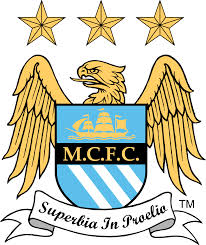 So this is going to be short. One of those Mondays when the Boss is breathing down your neck.

City got back to winning ways. Go back to the top of table. With Silva back, I think they will kick on and become a bit more consistent with their conductor back. Imagine him and Debryne in that attacking third, mouthwatering if you ask me.

Chelsea draw again. Against teams that are about something, Chelsea has struggled. Pochettino has Spurs playing well and now sit just 2 points behind the Gunners for top 4. Chelsea on the other had are still languishing in the bottom half of the table and it just doesn’t look like it will go well for the Blues. Looks like Jose will be given until January to bring in some players but it will be too late by then. No CL football for Chelsea next season.

Top of the table clash was actually a good game. That man VARDYYYYY, broke RVN record. I mean he is on fire isn’t he. UTD are a stable team now, well, defensively anyway, but attack wise something is missing. They just can’t seem to score enough goals when it counts. And against better opposition, they have struggled mightily. They are still in it though, and thats more than we can say for other teams…(cough cough Chelsea)

The Gunners failed to take advantage and drew to Norwich. November is generally a terrible month for them and well it continues. The take aways from this game; Koscielny (injured) Alexis (injured) Walcott (injured) Coquelin (injured) Welbeck (Injured) Wilshere (injured)…..As I said last week, I have the gunners falling till they can get bodies back on the pitch. Hey Mesut is on fire though. He cant do it alone though.

Don’t say it too loud, but Liverpool is slowly but surely creeping up the table. A friend recently blabbed on Facebook, “We will win the league”!! LMAO. A bit deluded, but hey, he is a Liverpool fan. What I will say is Klopp is doing a job over there and the players are responding. Top 4 for Liverpool this season. CL football should be back at Anfield next season.

Special mention: Spurs, consistent, and where not intimidated by Chelsea. Pochetino is the man, certainly knows what he is doing.

Vardy apparently is on 10k/wk. WTF…..Will someone take a chance on him in January????

City — Back on top, and Silva is back. Watch out, they about to go on a rampage
Leceister — Still going strong. Vardy still scoring goals. When his goals dry up though, so will they!
UTD — Boring boring boring, but hey they are getting results
Spurs — Pochettino. Thats it!!
Liverpool — Despite being below Arsenal, are showing signs of consistency
Arsenal — Need to get people out the crocked pot. And Wenger risking Alexis, i mean WTF!!! Will be 8th by end of December if players stay injured

Cuthbert Dube and co to pay back US$22m to PSMAS