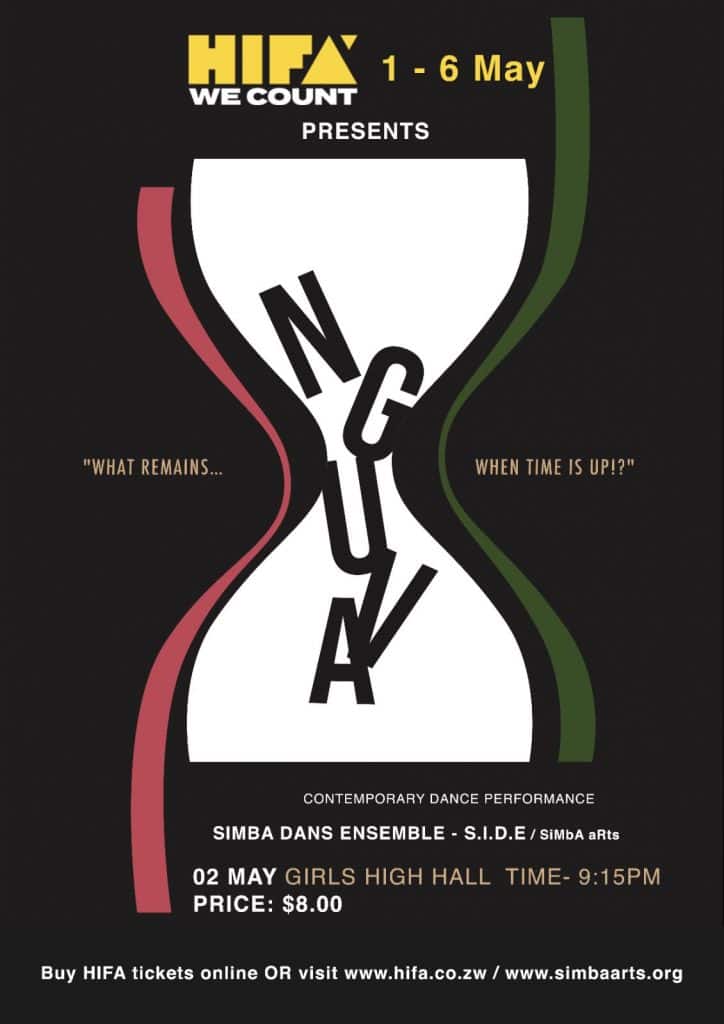 It is HIFA time and once again Zimbabwe witnesses some of the world’s most creative minds on stage.  This year’s HIFA is monumentus in so many ways, chief being that it is the first HIFA post Mugabe era.  Zimbabweans and many other woke world citizens would know that Mugabe curtailed freedom of artistic expression.

World famous music group Freshly Grounds, heads to Zimbabwe after many unsuccessful attempts. It is not just the foreign acts that are coming to celebrate at this year’s edition of HIFA. Our very own world renowned dancer, Simba Norman Fulukia also known as Dzowa makes an emotional come back to the stage and in Zimbabwe.  Dzowa’s company Simba Dance Ensemble based in both Norway and Zimbabwe bring Nguva piece which delights the day and foretells the future.

Nguva brings the mind to the question “what remains when time is up”. It goes without saying that the waters that SIDE is treading are murky. Zimbabwe currently has a lot of outfits and individuals, who are running on borrowed time, some have even gone on to suggest that there is a generation whose mandate has expired and another one which is taking forever to show it relevancy.

Dzowa choses to be evasive when discussing about the show only hinting that “It is an abstract piece, which tells so many stories of my life and by extension that of many Zimbabweans and people of the world who yearn for  society whose world view is guided by ubuntu… It explores the beginning of, middle and the energy that remains after our experiences”.

Could Nguva help us in any way to find answers to these questions? Or it is just another dance piece which whose essence is defined by the curator’s individually lived experiences?

Simba who doubles as both the choreographer and curator of the show has a emotional story to tell about his life as a dancer and Zimbabwean living in the diaspora. Dzowa suffered a career threatening injury in 2013 when he was performing with Carte Blanche during their US tour.

The incident forced him to cut short his career as professional but time had it otherwise. He is back on stage and the huge comeback is at home, in Zimbabwe.  The show features artists who include Rhoda Dzomba, Jacob Mafulunei, Babra Matiyanga, Guem et Zaka, Bafana Isaac Nhlapo from South Africa and Ibbo Cissokho from Senegal.  The show will be staged on 2 May at Girls High School from 9-15 pm. Hope is that Nguva will not be labeled as a subversive production; otherwise this whole era could be a continuation of errors.