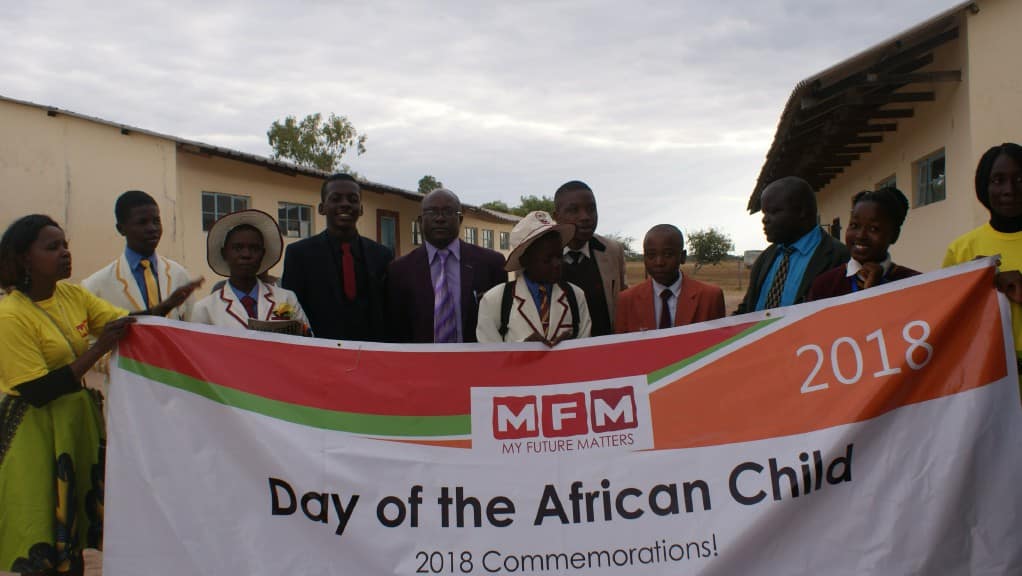 Chikwanda made the call during the belated commemorations of the Day of the African Child organised by My Future Matters (MFM) in Murewa on Monday where he urged government to be responsive to the plight of rural children who endure walking long distances to school thereby hindering their academic success.

“As we continue in commemorating the Day of The African Child, we urge the government to built more schools for the rural child who travels long distance to school, a predicament which hinders his/her success, this is a standing reason we say, ‘leave no Child behind for African Development,’’ he said.

He also appealed for the establishment of ICT infrastructure in all rural schools as a way to breach the gap between urban and rural learners.

“If we empower rural and urban learners in every part of the country with ICT knowledge both will make them realize the goal which lies in their dreams and this is another way which gives us the capability of changing our country,” he added.

“Most Children are failing to further their academic studies due to a number of contentious issues, lack of adequate learning resources such as text books, ICTs and sporting facilities, and this is how the African Child has been left behind,” she said.

“We shall work with communities to try and help vulnerable children by engaging them in a number of programs in a course to aid national development,” he said.

The commemorations were marked by performances from various schools including music, theatre, drama and traditional dances.