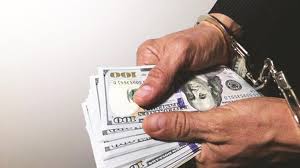 The Zimbabwe Anti-Corruption Commission (ZACC) has added pressure on Government to speed up the Money Laundering and Proceeds of Crime Amendment Bill, a tool widely tipped to bring an end to the widespread problem of illicit financial flows in the country.

This follows similar calls from the business sector who want a permanent fix to the scourge that is believed to have disenfranchised the country of its resources.

Speaking at a press briefing yesterday, ZACC Chair, Loice Matanda-Moyo said accelerating the Bill will empower the commission to pursue criminal investigations that lead to forfeiture of all ill-gotten assets.

“No one is going to continue to benefit from ill-gotten wealth. It should be known and appreciated within our nation that crime does not pay. In that regard, I call on the “Power that be,” to fast track the Money Laundering and Proceeds of Crime Amendment Bill enforcing unexplained wealth orders,” she said.

The legislation will ensure the country complies with 40 recommendations by the Eastern and Southern African Anti-Money Laundering Group.

Amongst notable positives already applauded is the introduction of an unexplained wealth order, which once granted it forces a person to explain their wealth if they own a property worth US$ 10 000 and above.

Zimbabwe is believed to have lost close to US$ 5 billion in the last decade from money laundering and financing of terrorism activities in the country.

“The Commission wishes to highlight that some proceeds of crime have been diverted to churches in the name of tithing,” said Matanda-Moyo.

The scourge of money laundering has been rampant in recent years, with Reserve Bank of Zimbabwe Governor, Dr Mangudya as early as 2015 conceding that the Central Bank was concerned with massive amounts of money that were being wired out of the country which could not be explained.

Lately, with the booming of parallel market activities, several big companies have been linked with diverting money to sustain illegal activities on the black market.

Finance Minister, Mthuli Ncube recently told press of a big company that was siphoning profits into the black market and dictating exchange rates.

Analysts have also called for Government to strengthen other institutions with an oversight role in the fight against corruption such as the ZRP, National Prosecuting Authority and the Financial Intelligence Unit.

Early last year, President Emerson Mnangagwa put a three month moratorium for all externalizes of funds to repatriate the funds into country, but no convictions were made, a case that has left many skeptical of victory in the fight against corruption.