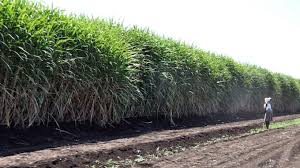 Hippo Valley Estates managed to post a 33 percent increase in profits (inflation adjusted) to reach  ZWL$ 0.8 billion from ZWL$ 0.6 billion realized prior year for the year ending March 31, 2020 despite a tough year characterized by disruptions caused by the Cyclone Idai and a runaway exchange rate.

The company suffered infrastructural damages and logistical challenges from the ravages of Cyclone Idai affecting its export corridor to the port of Beira.

This was compounded by a Yellow Sugarcane Aphid attack on its sugar plantations leading to an 11 percent decrease in output to post 212 004 tons from 238 965 tons harvested prior year.

This led to a 14 percent decrease in sugar output for the Tongaat Hullet owned entity, recording 413 000 tons from 483 000 tons previously realized in comparable period while also compromising quality of the yield.

A tough operating environment also worsened matters for the sugar processor as inflation posed a direct effect on operating costs.

“Timely adjustments of local sugar prices in line with inflation have been successful in maintaining margins, minimizing speculative trading and illegal exports to neighboring countries, practices historically common in hyper-inflationary environments,” the company said in a statement accompanying its financial results.

Total revenue for the year amounted to ZWL$ 3.7 billion, an increase of 48% despite a 14% decrease in sales volumes.

“This was due mainly to the industry successfully optimizing the market mix in the local market and better realizations from export markets,” the company said.

Fortunately, prices of sugar on both regional and international export markets were on average 17% higher than prices achieved in prior year.

“At 31 March 2020, the Company had cash on hand of ZWL$ 119 million compared to ZWL$ 151 million for the previous year. However, a closing net cash position at 31 March 2020 of ZWL$ 99 million (2019: net debt position of ZWL$ 288 million) was achieved, indicating a significant reduction in debt during the period under review,” it stated.

However, going forward the company is concerned about climatic change effects to its sugarcane production following two successive years of  poor rainfall season resulting in minimal inflows into the sugar industry’s water supply dams hence presenting a key risk to the industry.

While the high incidence of Yellow Sugarcane Aphids (YSA) experienced in the region negatively impacted cane quality, robust crop management practices to contain the pest are being successfully implemented, the company said.