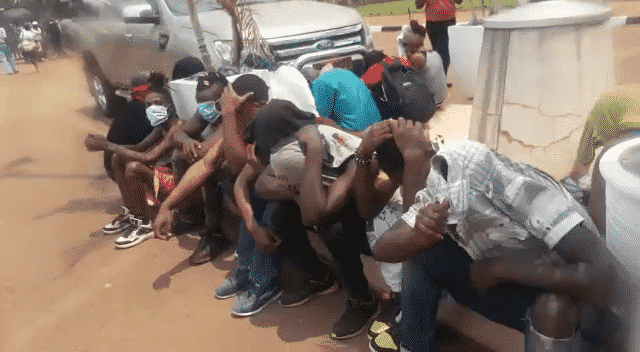 Sixteen people, (10 men and six women) who were arrested by the Zimbabwe Republic Police (ZRP) on Saturday night at a sex party appeared before a Harare magistrate’s court yesterday. All suspects were released on free bail.

Watch the video below for more details: