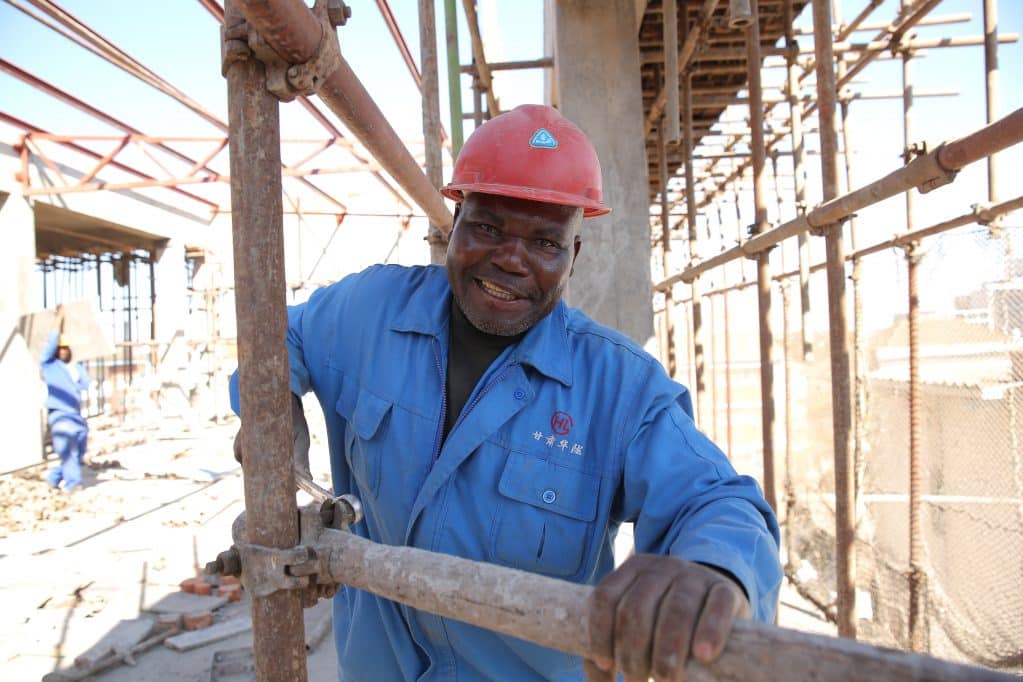 President Emmerson Mnangagwa anticipates an exponential growth in the construction industry in the medium term as the country embarks on its re-industrialization agenda expected to bring rich pickings for building material producers.

The construction industry has endured a subdued 2020 largely due to a lackluster performance of the economy which has taken a toll on many projects across the sector.

Despite major setbacks during the height of the Covid-19 pandemic, the construction industry has somewhat gradually found its footing,  evident of numerous national and private projects underway across the country.

Speaking during a tour of a French-owned construction products company, Saint-Gobain Construction Products Zimbabwe, Mnangagwa said the sector is at the core of the country’s development agenda.

The commissioning of the plant ushered in over 100 percent increase in production from 7 000 tonnes  to 15 000 tonnes per annum production capacity of tile adhesive.

But negative growth in the economy remains the biggest challenge for constructors and their suppliers with inflation soaring high beyond the 700 percent mark year on year.

The company’s operations in Zimbabwe were founded in 1959 as Gypsum Industries. The company changed its name to BPB Gypsum in 2003, then Saint-Gobain Construction Products Zimbabwe in 2018.