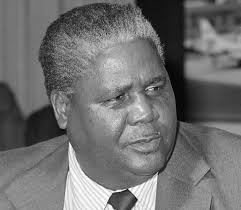 Delegates attending the Joshua Nkomo memorial lecture yesterday hailed the late liberation war hero as the doyen of peace and unity who sacrificed his own life for the independence and development of Zimbabwe.

Addressing people at the Joshua Nkomo Memorial Lecture at the University of Zimbabwe yesterday, Former ZAPU Director of Information, Soul Ndlovu hailed Nkomo for playing a pivotal role in freeing the people of Matebeleland from white minority rule.

“Nkomo can be well remembered and he played a pivotal role in freeing the blacks of Matebeleland from being captivated by whites. He believed in unity,” said Ndlovu.

University of Zimbabwe Vice Chancellor, Levy Nyagura said Nkomo was a concerned citizen whose achievements should be celebrated.

“Joshua Nkomo is an iconic figure in the history of Zimbabwean politics and was a concerned citizen. Young people should train themselves and become good leaders of tomorrow, which is what the institution is doing to train and celebrate achievements like this.”

Speaking at the same event, Higher and Tertiary Education Minister, Professor Amon Murwira said Nkomo was a selfless man who sacrificed his life for the benefit of the majority.

“Nkomo devoted a portion of his life to sacrifice for the peace of others. His name will be well remembered because he represents humility to us,” said Prof Murwira.

ALSO ON 263Chat:  Twitterview with @ZimPeopleFirst

Vice President, Constantino Chiwenga who delivered the keynote speech said Nkomo did not only rally Zimbabweans in the fight against colonialism, but rose to the occasion immediately after independence to lead the intricate process of founding a new nation.

Nkomo died on the 1st of July 1999 and was buried at the National Heroes acre. Widely known as ‘Father Zimbabwe’, Nkomo was credited for his selfless role in the 1987 unity accord which gave birth to ZANU PF.

‘You Are Not Serious About Reforms” Jonathan Moyo Tells Chamisa

‘You Are Our Conscience,’ Permanent Secretary Tells CGAIZ

‘You Are Not Serious About Reforms” Jonathan Moyo Tells Chamisa

We Have Adequate Legal Framework For Credible Elections: ZEC

ZESN Appeals For Peace Ahead Of 2023 Elections

Zanu-PF Goes After NGOs, Calls Them Liars And Hyenas