Rape services in Zimbabwe in need of urgent redress 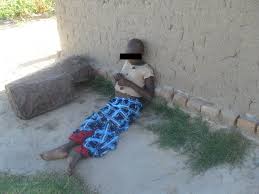 Rape is a traumatic experience. Survivors of rape are faced with the challenging journey of moving on, after such violation they deserve to be spared any more unnecessary strain and trauma.

The 2006 case of Mildred Mapangure, a Chegutu woman who was gang raped by robbers and failed to get medical attention even after immediately reporting the case to the police culminating into an unwanted pregnancy, gave Zimbabwe a wakeup call to its dysfunctional rape services.

This unfortunate scenario led to the scrutinising of various laws which needed amendment, policies that needed revisiting and now a survivor is no longer obliged to visit the police station even after getting medical attention unless they wish to press charges. This came as a major advancement and yet much more still needs to be done to improve the post rape service system in the country.

According to statistics published by ZIMSTAT Third Quarterly Digest of 2015 under crime reports, 5588 (including attempts) cases of rape were reported in the country between January 2015 and September 2015, with 7 551 similar cases in 2014. Such figures only reflect the cases which were reported yet many go untold. Despite such figures which reflect thousands of vulnerable people, they are very few centres which support survivors.

Zimbabwe which has a population of over 13 million has only one establishment which deals specifically with Adolescent and Adult rape, the Adult Rape Clinic (ARC). The ARC is only functional in Harare, Norton and Chitungwiza.

While they are other organisations like Family Support Trust (FST), Population Services International (PSI) and a few hospitals which offer services to rape victims in their casualty departments as well as Victim Friendly Unit spaces at police stations, these help to fill up the gaps. However much more still needs to be done as the above mentioned offer rape services as side service to their existing duties. In the case of FST only children are catered for as that is their target group leaving adults to look for other options.

Rape is above all a health issue and victims need immediate attention and counselling which must be readily available from fully qualified personnel to prevent long term mental health problems as well as STIs, HIV and pregnancies. It being a traumatic experience on its own, survivors should be spared the strain of accessing post-rape services. But the situation is even worse not only are there few centres for assistance those few are facing funding challenges and are facing closure. A visit to the ARC revealed that it is facing closure due to drying up of resources. The thought of closing down such a critical service brings the question whether the above mentioned institutions will be able to fill the vacuum.

Other institutions like PSI also offer services to rape survivors, however this is offered alongside other health services focused on different areas like contraception, Malaria, Tuberculosis, HIV and sexually transmitted diseases which makes specific attention on counselling services divided.

Those who live in Harare have the option of choosing between ARC, Family Support Trust, hospitals as well as Medecins Sans Frontiers / Doctors without Borders (MSF) located in Mbare and Epworth. These, with the exception of ARC offer post-rape services among other services offered in their institutions. However those who reside out of the capital are not spoilt for choice as there are some areas without such institutions and people rely on hospitals and police stations for post exposure prophylaxis.

Rape services do not seem to have priority as a health service with the 2016 budget not recognising the need to allocate funds to the ailing rape services institutions in the country.

The Zimbabwe Republic Police have Victim Friendly Units which offer services to victims of rape, however the survivor is expected to produce an affidavit and have some form of evidence which holds them to their words somehow suggesting that survivors may be lying or misrepresenting facts.

Some survivors have also complained of the poor level of training of the police officers in this department who tend to gape at victims and at times ask humiliating questions which make their counselling skills questionable.

Counselling after rape is vital if the survivor is to avoid long term mental depression. It is therefore important for counsellors of rape survivors to function in an enabling working environment experience. The Adolescent and Adult Rape Clinic have faced challenges for some time, at some point workers there went for four months without pay. This affects their work as their morale will be low, compromising their ability to offer comfort to a survivor. At this moment the ARC is threatening to down tools if no source of funding comes along saying they had hoped working without payment would attract attention to their plight but unfortunately not much is being done.

“We have no money coming in from the first of February; we feel this is a bureaucratic problem which can be addressed. People keep telling us how important this service is but we cannot operate without funding,” said a doctor at the Adult Rape Clinic.

While it is not revealed who these donors where clinic manager at ARC Rudo Mashingaidze says they accept donations from any organisation and are happy to record success as a serial rapist who had for some time preyed on the streets of Harare has been brought to book .

A report by the Protocol on the Multi-Sectoral Management of Sexual Abuse and Violence in Zimbabwe (2012) states that, “The Ministry of Health and Child Care (MoHCW) is responsible for ensuring that all survivors of sexual violence and abuse receive the free medical care and support necessary to mitigate the negative health effects that result from their sexual violence and abuse experience. This includes the provision of emergency medical examinations and enabling survivors to secure a medical affidavit to support criminal prosecution of the perpetrator.”

The Ministry of Women Affairs , Gender and Community Development also plays a role in the provision of rape services through its gender based violence strategies .These work together with other ministries and civil society and communities at large to ensure continual perpetration of rape  is nipped from the bud as well as provision of counselling and other services to survivors  .

As the month of April approaches which is sexual assault awareness month and it is important that such events serve to highlight the issues around rape and the need to improve services.

‘Incest, A Scourge In Our Midst’