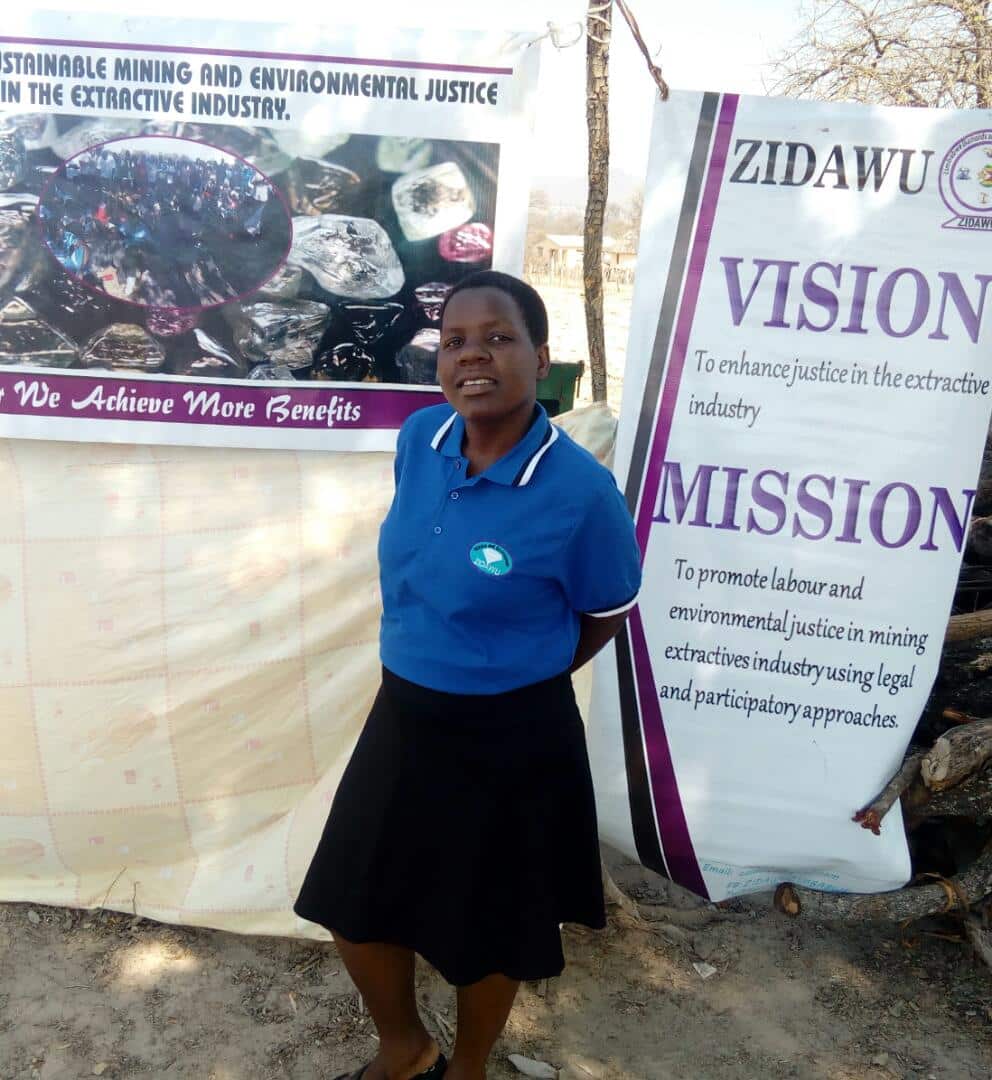 Myness Matanda, a mother who lives at the farm narrated her daily excursions to access the precious liquid. It’s a struggle which starts at the first cockcrow.

Before the first break of light, Matanda using a paraffin lantern wakes her husband and daughter up, to start their daily routine to fetch for water.

She uses paraffin lantern because her house has no electricity supply. It’s routinely switched off by the supplier over arrears, as the relocated families fail to pay monthly bills.

Contestations with residents over these arrears have even dragged to government officials, who have been non-committal to resolve this impasse.

As a result when arrears arise the national power company Zimbabwe Electricity Supply Authority (ZESA) switches off the electricity supply.

When Anjin, a Chinese mining corporation, mining in the world’s largest alluvial diamond deposit in Chiadzwa build houses for relocated villagers, it set up modern facilities which included tap water and electricity.

But without electricity supply the tap water also runs dry, forcing residents like Matanda to fetch water from the nearby Odzi River, about two kilometres away.

Each day Matanda takes an ox-drawn cart with her husband to Odzi River and fills over two hundred litres for their family consumption. Sometimes it is even more as neighbours regularly require their assistance.

This dawn routine to fetch water is not a choice. It’s a compromise of necessity as land close to the resettlement area has been invaded by artisanal gold miners.

Lowly mechanized, these artisanal miners use rudimentary tools including dangerous chemicals like banned cyanide which is deposited as effluent into the river water.

With tap water running dry, because of the electricity challenges, the families are forced to drink this contaminated water from the river.

“We have to wake up early every day around 4 am because the water in Odzi River gets dirty as the gold panners are also using it to wash their ores. We use our ox-drawn scotch cart.

“Once we get the water we separate the first batch of at least 40 litres which we fetch first as it is the cleanest. We then boil the water and let this water settle down and cool.

“That’s the water that we are drinking,” said Matanda.

Most families relocated from Chiadzwa were subsistent farmers but they are now forced to live in a semi-urban setup, on a half-hectare plot, with no livelihood options.

“Issues raised at this meeting centred around the livelihood impacts of lack of access to water on women, girls and the relocated families at Arda Transau.

“Access to clean water is a constitutional right which is guaranteed and when women lack access to clean it increases the burden of unpaid work and impacts on negatively on women,” said Proud Nyakunu, ZIDAWU legal officer.

Fadzai Midzi advocacy officer for ZELA, said these commemorations come at a time when local communities are grappling with negative impacts of Covid-19 on the economy, food security and livelihoods.

She said these annual commemorations present an opportunity to reflect on the impact of mining on communities to build the resilience of women and girls rural areas.

“This year as we commemorate this day we need to reflect on Zimbabwe rural women whose lives have been transformed and impacted by large scale extractives projects.

“Our wish is for the country to achieve SDG 5 on gender equality because women deserve a fair share of benefit from natural resources in their localities,” said Midzi.

She said women have also been further marginalized due to climate change effects.

“Women are in constant contact with the environment when they are carrying their duties of looking for firewood, fruits, growing food, and water.

“Environmental degradation makes these duties more difficult.  Women are spending the entire day doing those tasks leaving them with limited time to engage in other economic activities,” she said.

For Matanda and other women in rural areas facing inequality, their vulnerabilities are further compounded by a lack of representation in decision-making positions.

“We have no lives to talk about, we spend most of our time looking for water and firewood or tending to cattle as the small scale miners have also taken up the land we used for grazing,” she said.

“Our hope is that the government comes through and drills boreholes like the ones we used before they moved us to Arda.”