Who is Lazarus Muchenje? The new NetOne CEO 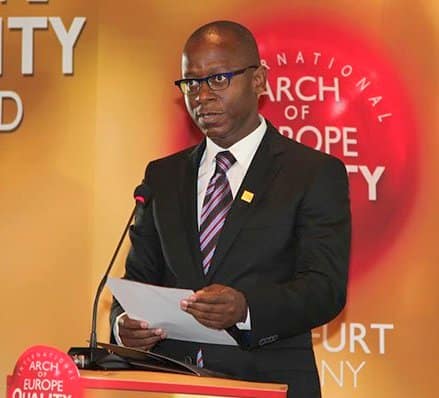 State-owned Mobile Network Operator, NetOne recently confirmed the appointment of Lazarus Muchenje as its new substantive Chief Executive Officer, taking over from Brian Mutandiro who has been holding the position on an interim basis.

The highest managerial post at the telecommunication giant has been vacant since the unceremonious exit of former CEO, Reward Kangai who was dismissed in 2016 after a ministerial suctioned audit which unearthed serious irregularities under his leadership.

So let’s take a closer look at Lazarus Muchenje, the substantive successor to Reward Kangai’s 20-year relics at the helm of NetOne. Muchenje will effectively start work on the first of April. He will be also entering into Zimbabwe’s melting pot alongside Nkosinathi Ncube who has been assigned to spearhead NetOne’s Mobile Financial Services.

Lazarus Muchenje is a former Non-Executive Director at Vodacom South Africa since May 2015 before being deployed to the Republic of Congo as Vodacom’s as Remuneration Committee Member. He was later appraised to the position of Audit Committee Chairman while in the DRC before answering the call from home to come and stir the ship at NetOne.

Before those high posts, Muchenje started as Executive Head of Sales at Vodacom, South Africa from 2004 to 2006. During the same period, he executed the roles of Executive Head of Wireless Applications and Value Added Services

His resume speaks of a professional who is rich in business knowledge aided by over 18 years working experience in the information communication technology sector.

During his stay at Vodacom South Africa, Muchenje later enrolled into an Advanced Executive Program with the Gordon Business Institute before taking another Bachelors degree in Law with UNISA.