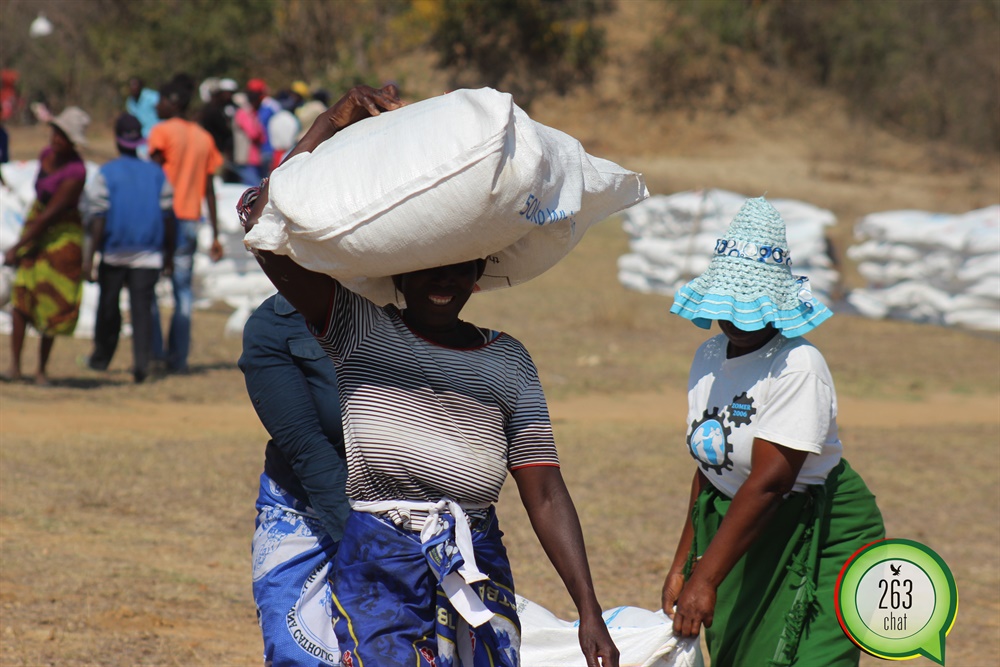 Over 5 million people in Zimbabwe are in need of food support despite the country having attained a bumper harvest early this, the World Food Program (WFP) has warned.

Zimbabwe received 2.8 million tonnes of maize and 360 000 tonnes of traditional grains from the past season’s harvest resulting from good rains with some kept by producers for own needs while most of it was sold to the Grain Marketing Board.

However, a combination of macro-economic shocks and inequitable production of the staple grain-maize, has since exposed many people, mainly in the urban areas to hunger, it has emerged.

“We know that despite the good harvest in Zimbabwe this year and the positive forecasts for the upcoming season, there are still over five million people in the country who will not have enough to eat. Many of these people were vulnerable before the pandemic and will continue to be pushed deeper into poverty if we are unable to act with purpose and in a timely manner,” WFP Country Representative and County Director Francesca Erderlmann.

In Zimbabwe some semi-arid areas mainly in the southern and western regions do not produce the staple crops of maize due to their climate hence often find themselves exposed.

While traditionally, due to the prevalence of droughts, the rural dwellers have been the worst affected by food shortages, this time the urban dwellers are most vulnerable as they do not produce food but instead rely on purchasing. Sadly purchasing power in Zimbabwe has been eroded sharply.

Over 2 million urbanites in the country are facing food shortages.

This has primarily been pushed by the worsening economic situation in the country that has seen inflation rising while incomes continue to dwindle in USD terms as the local currency has been depreciating.

This has pushed food prices sharply for the urban communities who are already grappling from the effects of the COVID-19 pandemic.

“Today we commemorate World Food Day with the reminder that food is not enough for everyone on earth. While the occurrence of disasters such as climate change, plagues of locusts, have always posed threats to our development gains, the multiplying effects of the COVID-19 pandemic has pushed more people in to hunger and poverty,” said UNDP Deputy Resident Representative Eliman Jagane.

To avert this, Government has announced plans to carry into the next planting season, the conservative farming practice-Pfumvudza to mitigate food shortages in dry regions.