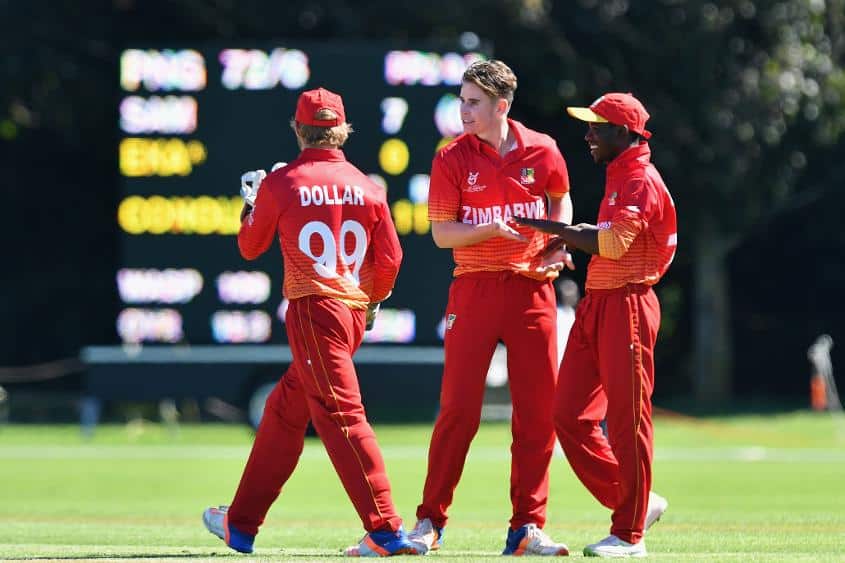 Five Under-19 players have been named in the 15-man Zimbabwe Emerging squad that will face a Namibia side in a limited-overs series that gets underway in Windhoek this weekend.

Zimbabwe Emerging and Namibia Eagles will first lock horns in three T20 matches scheduled for 14, 15 and 16 August, followed by as many one-day games pencilled in for 18, 20 and 22 August.

All the matches will be played at Wanderers in Windhoek.

With Namibia using the series as part of their preparations for the ICC Men’s T20 World Cup, ZC has included some experienced players in their squad in order for the matches to be more exciting and competitive.

Tanaka Chivanga, Ainsley Ndlovu and Faraz Akram are also part of the side.

The team left for Namibia on Thursday morning.